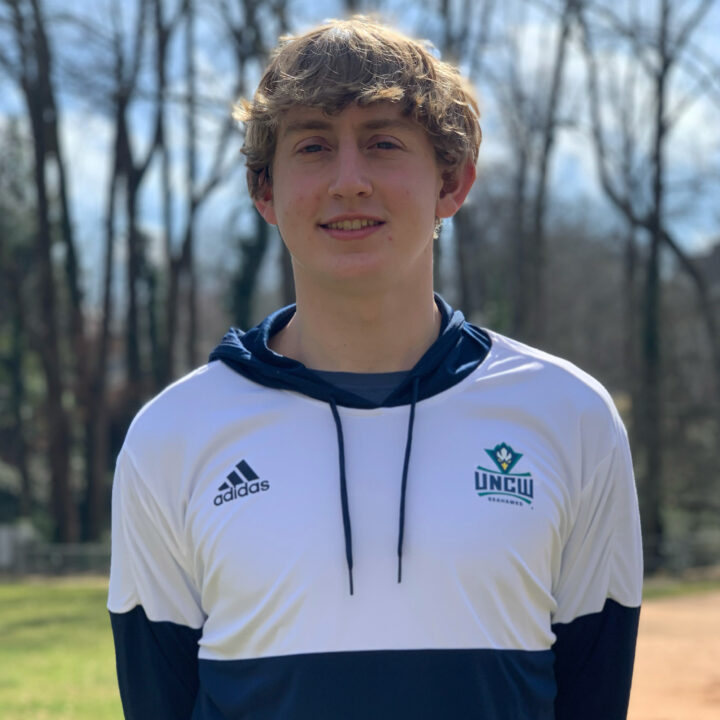 2019 Winter Junior Nationals qualifier Silas Crosby has committed to swim for UNC Wilmington beginning in the fall of 2021. Current photo via Silas Crosby

IM and free specialist Silas Crosby has committed to swim at the University of North Carolina in Wilmington. He was previously committed to Army West Point. Crosby swims club at Team Greenville and he is a senior at Saint Joseph’s Catholic School.

After further consideration, I’m proud to announce my verbal commitment to continue my academic and athletic career at the University of North Carolina, Wilmington! I want to thank my family, friends, coaches, and anyone else who contributed to my progress and allowed me to reach this point in my career. I also want to thank the coaches at UNCW for giving me this incredible opportunity. Go Seahawks 🦅🦅

The UNC-Wilmington men’s team will welcome Crosby to the team beginning in the fall of 2021. His times will make him a top recruit, especially as his best times are close to the school records. His 400 IM time is 0.28 slower than the current record, which was set by William Ryan in 2016. Additionally, he is about 4 seconds off of the school record in the 1650 and 0.17 seconds off in the 1000, both of which were set by Luke Murphy in 2009.

The Seahawks have had strong recruiting season, picking up verbals from Will Barker, Sam O’Brien, Noah Sipowski, Jacob Duracinsky, Ethan Womble, and Aidan Duffy for its class of 2025.

Subplot: Guntoro and Brandt! Would love to hear the behind the scenes of this one between the two ;)!

Exactly what I was thinking too

That’s…quite the switch. Would be super curious to hear what swayed his decision.

Yeah but like…. if you’re committing to West Point you’re not just going there for the swim coach lol. Congrats though! 200 breast / 200 free is a rare combo.

Even if you say you have committed to West Point, doesn’t that mean you have gone through all the “HOOPS” (which are many, difficult and time consuming )
to get into that service academy? Obviously not as focused on the military
culture as he was earlier! He has , however , chosen an up and coming program with Bobby at UNC-W. Good luck to this young man .

I don’t think that’s necessarily the case that you’ve jumped through all the hoops, but I could be wrong. Again, something could have changed and he could have wanted to stay closer to home. Glad he decided now rather than August or September when the choices are more limited.

I’m my opinion this is a bigger deal than switching your verbal commitment from Michigan to Texas. I don’t want to make any assumptions for Silas but it could be a few things.
1. HE decided that the army part of the school wasn’t for him and changed it.
2. Don’t forget a verbal commitment is just well “verbal” and West Point decided not to admit him there. I’m not exactly sure how it works exactly with military academies but I don’t think this is likely what happened. Just a thought.

I know a lot of cadets and athletes that left the school within 2 weeks. I don’t think it’s out of the question to think that he realized West Point is not for him.