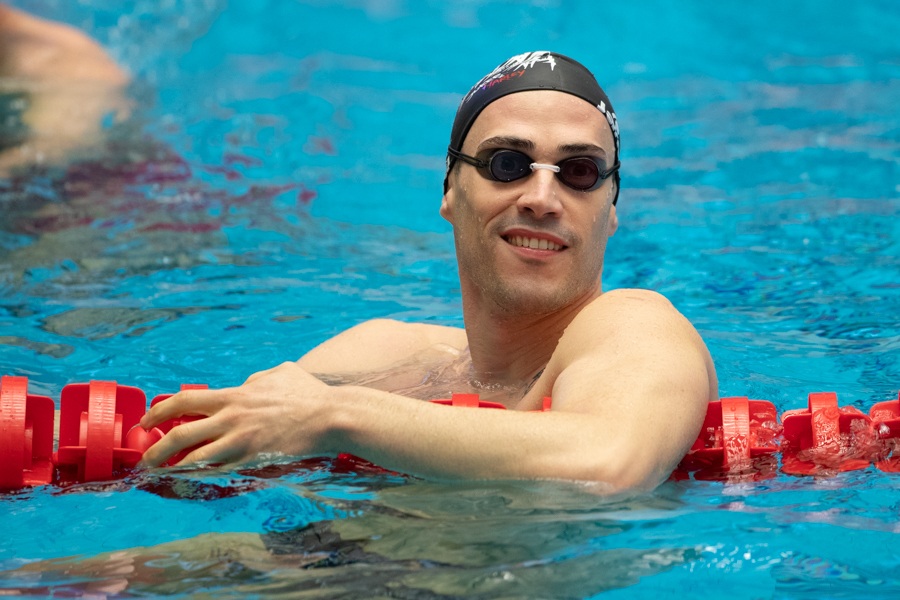 The Italian National Record holder in the men's 50m breaststroke, Fabio Scozzoli, made his mark on the 2019 Geneva International Challenge with a fresh new meet standard in the sprint. Current photo via “Rafael/Domeyko Photography”

The Italian National Record holder in the men’s 50m breaststroke, Fabio Scozzoli, made his mark on the 2019 Geneva International Challenge with a fresh new meet standard in the sprint.

After establishing himself as the man to beat with his morning effort of 27.78, leading the pack by over a second, the 30-year-old punched a finals time of 27.45 to take the gold. That again beat the field by over a second, as well as surpassed the previous meet standard of 27.71 set by Damir Dugonjic back in 2016.

Scozzoli holds the Italian National Record in 26.73 from April of 2018, but his time tonight is good enough to rank him within the top 5 swimmers in the world so far this season.

Interesting 200 im with Jeremy Desplanches capable of 1.58.98 and, in the junior race, Ceccon touching 14 hundredths in front of Burdisso (2.03.18 and 2.03.32 respectively).
Another solid double for Burdisso, just a few minutes later his 23.95 in the 50 fly, and the confirmation of a great addition for Northwestern, next season.