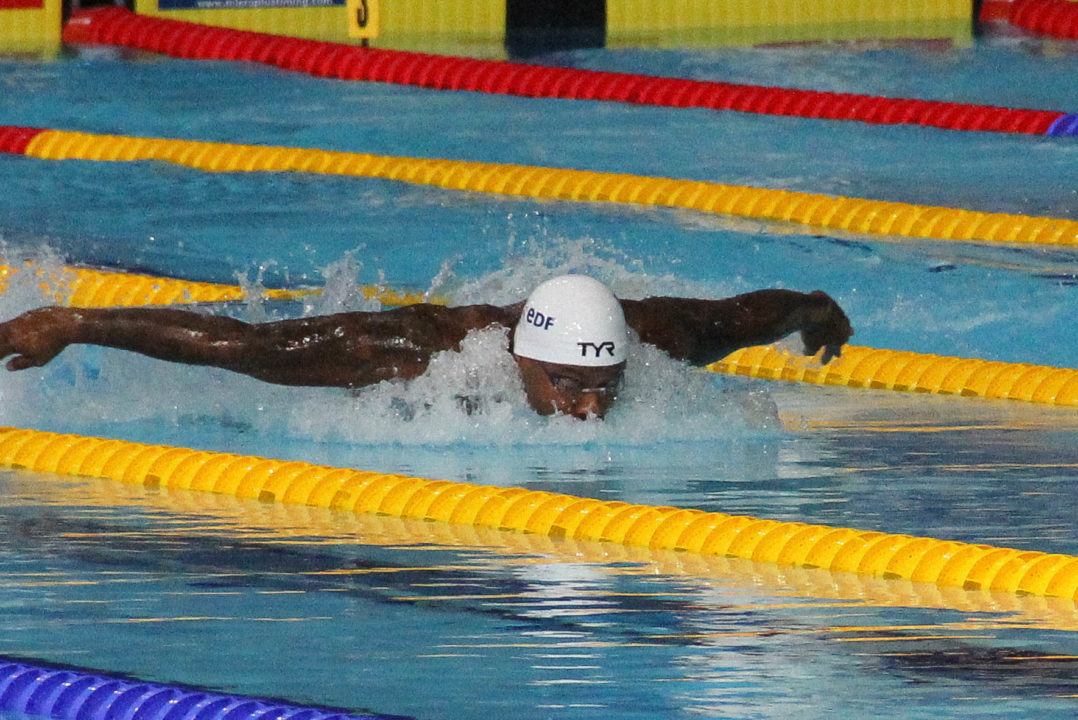 This year’s Geneva International Challenge Meet started off quietly, with no major shake-ups during the morning prelims. France’s Mehdy Metella nabbed two top seeds, starting with the 100m freestyle where no competitor dipped under the 50-second barrier. Metella leads the pack with his AM effort of 50.53, with teammate Clement Mignon right behind in 50.62.

Metella was also the leading 100m flyer from the morning heats, snatching a top-seeded time of 54.22. Burdisso was once again in the water, claiming the #2 seed among junior swimmers in 55.18. The top 18&U athlete was Noe Ponti, who earned the pole position in 54.50.

The women’s events were highlighted by Swiss swimmer Maria Ugolkova‘s capturing of two top seeds. She took lane 4 status for tonight’s final in the women’s 200m backstroke in 2:18.72 to represent the only swimmer under 2:20, while she also clocked 2:18.65 to lead the women’s 200m IM.

Notable Italian national record holder Elena Di Liddo was also in the pool this morning, clocking the only sub-1:01 effort in the women’s 100m fly of 59.97 to cruise into the top slot for tonight’s session.