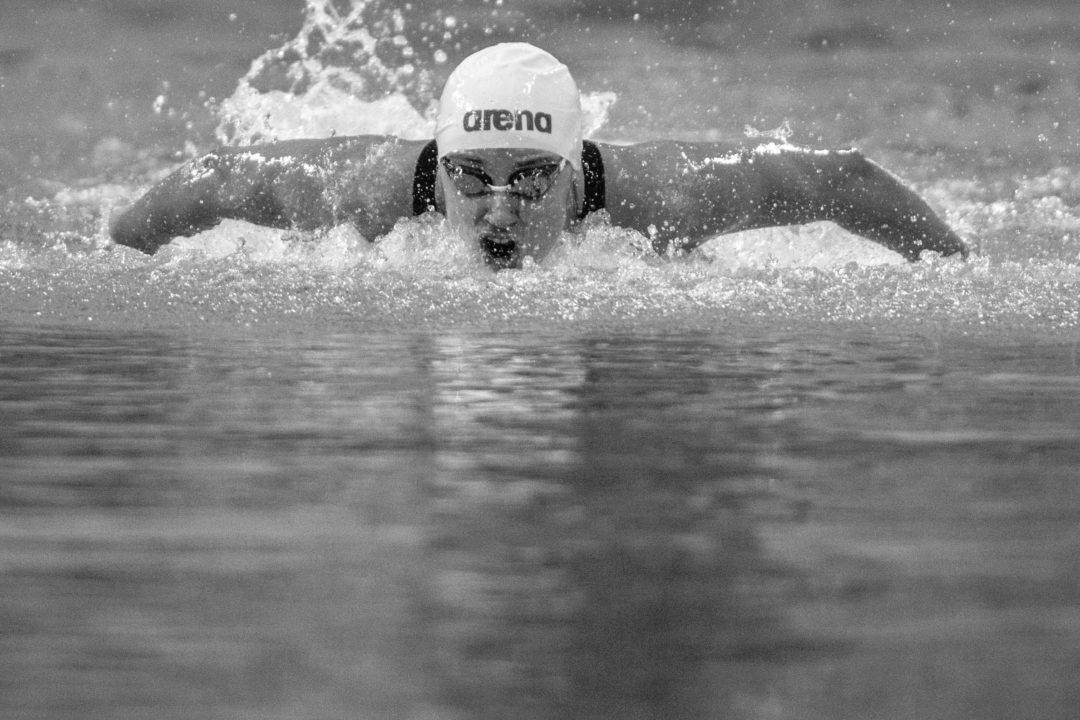 University of Toronto’s Rebecca Smith went undefeated this weekend, winning her two races today after winning her only event last night. Smith, who was 55.63 last night in the 100 free, posted a 59.19 to win the 100 fly in the first event. She was the only swimmer under a minute. The next event, the 200 free, Smith won in 2:01.94, winning by over a full second.

16-year-old Joshua Liendo of NYAC collected another win today, clocking a 55.42 for the victory in the 100 fly. Liendo is a butterflier to watch in the future, having already been part of Canada’s bronze medal-winning 400 medley relay at the 2018 Jr Pan Pacs.

Toronto Swim Club’s breaststrokers backed up their 100 breast titles with wins at the 200 distance. Miranda Stever was 2:32.83 to win the women’s race by almost four seconds, and Eli Wall posted a 2:21.58 to win by a similar margin.