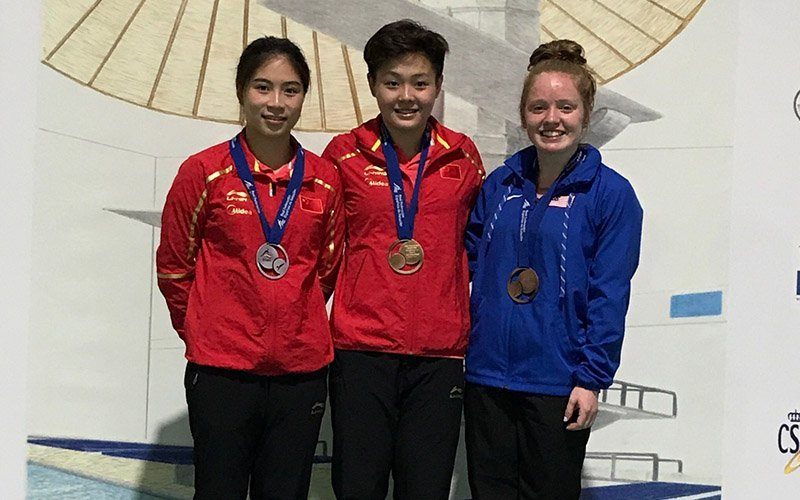 Schultz, who won the silver medal in last weekend’s Bolzano FINA Grand Prix, gave Team USA its first medal after scoring 312.70 points for third place in the women’s 3-meter final, edging Holland’s Inge Jansen by 3.20 points. China’s Chen Yiwen scored 342.90 points for gold. Schultz began the finals in a three-way tie for second place after a front 2 ½ somersaults with one twist scored her 63.00 points. In the second round Schultz remained up to second following her most successful dive, a front 3 ½ pike for 68.20 points, just 2.30 points behind China’s Huang Xiaohui. Schultz dropped to third in the next round as Xiaohui maintained her 2.30 point lead over Schultz and Chen jumped up to first place. Schultz held third place in the final two rounds, while Huang took silver after finishing 25.25 points ahead of Schultz, and Chen clinched the gold. Gibson, who struggled throughout the finals, finished sixth with 242.85 points.