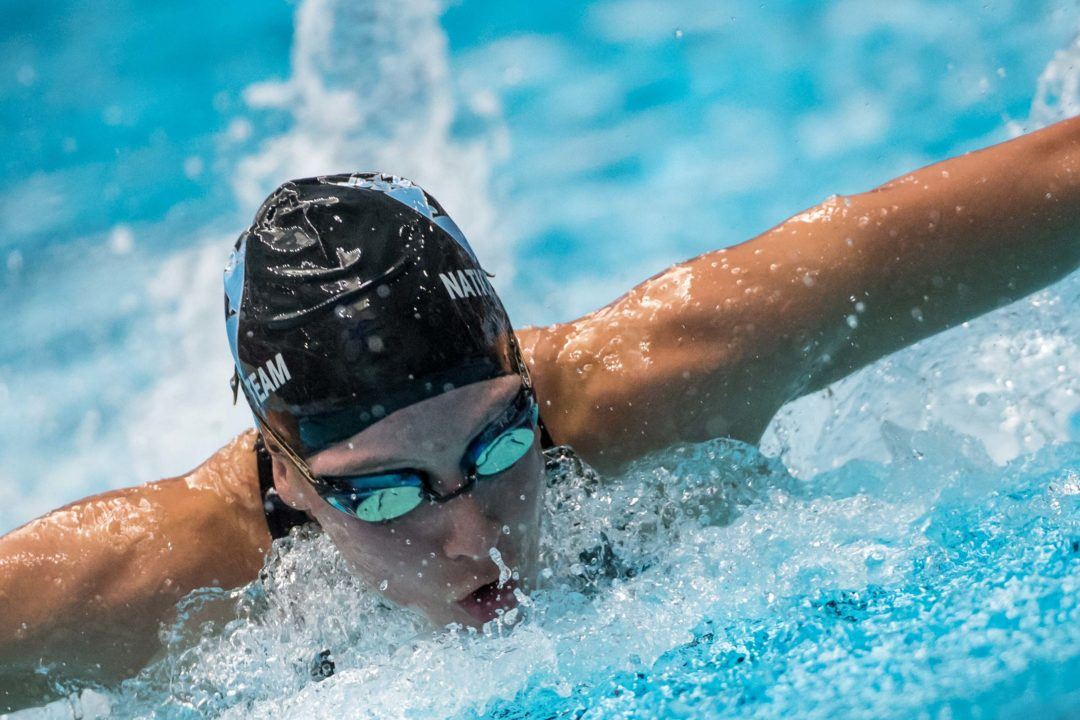 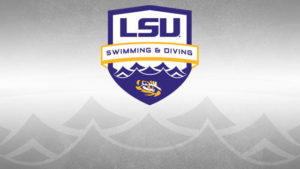 We wrap up our rundown of the top women’s NCAA recruiting classes today, profiling the top 4 classes nationwide.

Here are classes #1-4, with our men’s rankings coming soon:

This is a very top-heavy class and, well, the top is the only thing that’s there. Only four are joining the Trojans in the fall, but the kind of talent in those four is enough to get USC to the top tier of our rankings.

They snagged the fastest sprint breaststroker in the class, which is something that even schools like Cal and Georgia (and Stanford, though Grace Zhao might be able to buck that trend and the class of 2022 is certainly going to change that around) have a lot of trouble doing. Margaret Aroesty will join breastroke duo Riley Scott and Kirsten Vose this season, giving the Trojans three very strong options for medley relays and meet lineups. Aroesty’s 58.9 in the 100 is already fast enough to score in the top 8 at NCAAs, while her 2:09.4 would be good for B final points, so she’s going to be a big contributor right off the bat. Aroesty is also a 1:57.1/4:10 IM’er, and the 2:12.8 LCM 200 IM that she threw down at the US Open is really impressive– her talents align perfectly with those of Scott and Vose.

#13 Marta Ciesla and #14 Caitlin Tycz are two other top-20 pickups, with Ciesla bringing in sprint speed (22.5/48.9) and Tycz being one of the best 100-200 combo butterfliers in the class (52.4/1:56.6). With Anika Apostalon graduating and Stanzi Moseley transferring to Tennessee, Ciesla provides much-needed sprint power, while Tycz joins a butterfly group that includes Pac-12 champion and 49 100 SCY fly split Louise Hansson as well as 200 fly specialists Maddie Wright and Catherine Sanchez.

Distance specialist Isabella Rongione is the fourth and final member of the Trojan’s incoming class. She’s been 16:07 in the mile and 4:43 in the 500 free, but most of her best times are from early high school. Rongione did set a new PR in the 400m free (4:13.6) at the 2017 Worlds Trials, though, and she hit a 200y fly PR (1:59) in 2016, and if any coach can get a swimmer back on track, it might be Catherine Vogt at USC. Vogt is going into her 10th year at USC and is renowned as one of the best distance/open water coaches in the country.

The Aggies did a great job of snagging in-state talent, with all but Taylor Pike (Arkansas) and Anna Belousova (Maryland/Russia) coming from Texas.

Those two aforementioned swimmers are stroke specialists, with Pike excelling in butterfly and Belousova in breaststroke. Both could score at NCAA’s as freshmen– Pike has been 1:54.9 in the 200 fly, and only #1 Courtney Harnish has been faster than Pike in the class. Pike has also been 53.3 in the 100 fly as well as a 16:24 mile. Belousova, meanwhile, brings in a 2:09.6 200 breast, which would’ve scored in the NCAA B final last year. Her yards times are a bit deceiving, as she’s been 1:07.9/2:26.7 in long course. Either way, she’s another great breaststroke pickup for the Aggies, who always seem to have endless sub-2:10 200y breaststrokers, and she could follow in the footsteps of Bethany Galat and take her times to another level.

Joy Field is another top 20 pickup, and she gives the Aggies a third scoring option in addition to Pike and Belousova with her 16:02 mile, a time that would’ve scored at 2017 NCAAs. Haley Yelle is right there with Field– both have been 4:43 in the 500 free, and Yelle’s been 16:17 in the mile. Yelle, though, has more speed than Field with a 1:47 in the 200 free, so it’s possible she’ll develop as a mid-distance freestyler (especially considering that distance ace #7 Gabby Kopenski is en route for 2018).

The supporting cast is also promising for A&M, which is ultimately what puts them ahead of USC on this list. Kara Eisenmann is a 53.4/1:59 butterflier, while Audrey McMurry and Camryn Toney both come in as 1:48 200 freestylers.

McKenna Debever was technically with the team last year, but didn’t compete in any NCAA competition that we can find, so she counts as a new addition in 2017-2018. She’s also 1:48 in the 200 free after transferring in from Auburn. According to Singaporean media, Jing Wen Quah is set to join the Aggies this season, but it’s always tricky to confirm when foreign athletes will become eligible. She’s 1:00 in the long course 100 fly and 56.4 in the long course 100 free. There are three divers with solid resumes joining up, too, which is another plus.

Transfers have shaken things up a bit this summer, but Michigan really cashed in now that all the dust has settled. Miranda Tucker is the most impactful transfer this year, and she should be an A-finalist in both breaststrokes at the 2018 NCAA Championships. She’s had to sit out a year due to transferring within the conference by way of IU, but she produced a best time of 2:25.82 in the 200m breast this summer and her times of 58.1 and 2:06.2 make her a breaststroke weapon unlike anything Michigan has ever seen (she’s over a second faster than team records in both races). Meanwhile, Arizona transfer Taylor Garcia is back in her home state, and she brings a 51.8 100 back and 22.6 50 free to the table.

Michigan has seen a meteoric rise to the top dogs of the Big Ten, and this is looking like the best class they have ever had. #2 Sierra Schmidt joins a distance group that already consists of G Ryan and Rose Bi, and Schmidt comes in with very impressive times of 15:57 in the mile and 4:38.4 in the 500– both would score at NCAAs. If she ever wants to diverge from the mile, she has a 1:56.1 200 fly that’s among the best in this entire class.

#15 Alexis Margett is one of the bests butterfliers in the class, coming in with a 52.5 in the 100 and a 1:57.3 in the 200, and with Margett comes Claire Maiocco, who’s been a 53.8 in the 100 fly. Along with sophomore Vanessa Krause, Michigan has really built up a solid fly group that did not exist to nearly the same capacity a few years ago.

Kate Krolikowski and Daria Pyshnenko, meanwhile, provide some instant relay edge with Krolikowski coming in at 49.7/1:45.9 and Pyshnenko at 22.3/48.7. Pyshnenko is actually one of the best 50-100 combo sprinters in the entire class and Michigan needs some pure sprint power, while Krolikowski’s 200 could land her on the 800 relay with some development (or after Gabby Deloof or G Ryan graduate).

Essentially, Michigan has covered all of the bases with lots of added depth in fly and free, and they are shoring up their backstroke and breaststroke groups with incoming transfers. There’s no pure IM talent in this class, though Krolikowski has been 2:00/4:15 in the IM’s and could go that route instead of the mid-distance free track.

Rarely do we see something like four top 10 and five top 20 recruits committing to the same school quite like we’ve seen it happen with the Stanford women. Welcome to Greg Meehan’s dynasty.

#10 Grace Zhao is at NCAA scoring level in the 200 breast at 2:09.1, and her 1:00.5 100 complements that nicely. She’ll be a big help to Kim Williams, who had to ditch the IM’s for the most part last season to take over as Stanford’s medley breaststroker. Zhao has also been 22.7 in the 50 free, and that adds to the sprint free speed that #12 Ashley Volpenhein brings to the table. Volpenhein has been 22.3/48.9 as well as 1:49 in the 200, looking pretty similar to a newcomer like Pyshnenko for Michigan. With Lia Neal graduated and 200 free relay members Janet Hu and Ally Howe heading into their senior seasons, Volpenhein will help keep their sprint relays intact.

In practically any other class, Katie Glavinovich and Lauren Green would be top tier additions, but this is Stanford we’re talking about. Still, there’s no reason to dismiss the talent that each brings, and seeing as it’s difficult to predict how high school recruits will fare in their new college environments, there’s no doubting that either will excel at Stanford. Glavinovich has been 1:46 in the 200 free and 4:13 in the 400 IM, while Green has been 22.4/49.4 in free and 52.7 in fly.

Stanford’s class is much like Michigan, getting elite speed in nearly every event, and whereas Michigan lacks IM talent, Stanford is missing backstroke power. With Hu, Howe, Erin Voss, and Allie Szekely on the roster, though, there’s no immediate need for that anyways.

You guys always sleep on Indiana

Indiana will not pick up in recruiting with what they lost in seniors. Respectively, their incoming freshmen have a lot of potential but lack the ability to score at NCAA’s right away like much of the schools on this ranking. Not to mention they have lost 8 girls this past year, 3 of them being NCAA scorers that didn’t finish out the season last year.

With Coley now training the Indiana sprinters, it will be a very interesting season …

Challenge Lilly King? That would be quite impressive.

I think she can.

You would be wrong, unless Aroesty is planning to go 55 this year.