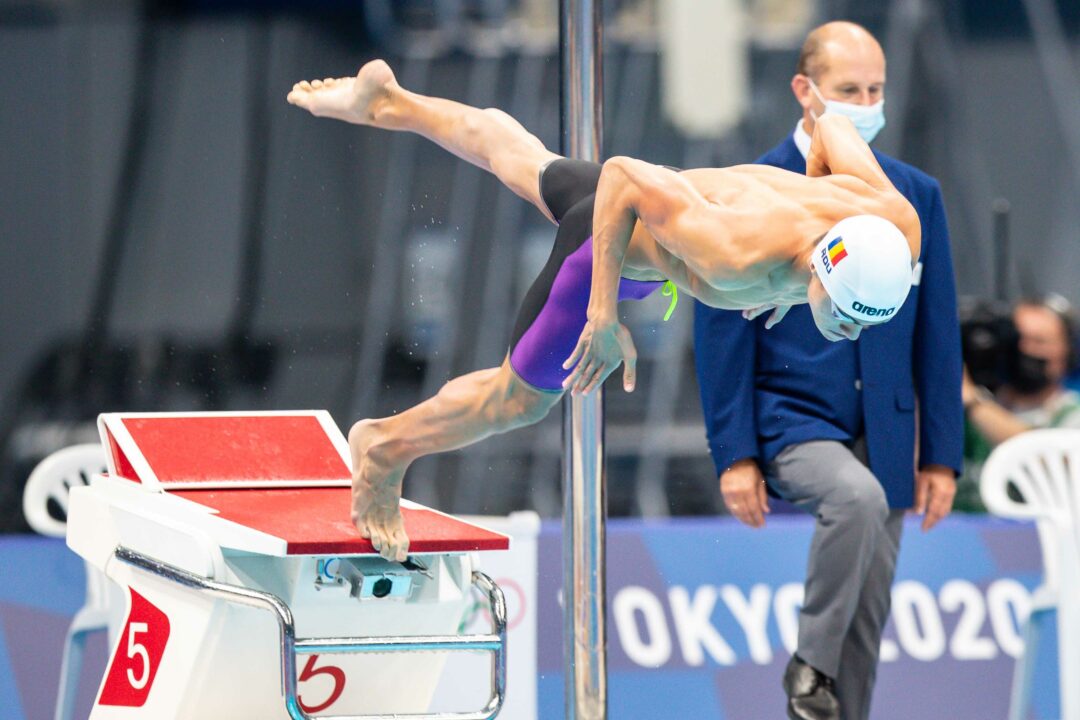 Popovici was back in action in Kazan and managed to undercut his own 200 freestyle national record from just a few weeks ago. Archive photo via Jack Spitser/Spitser Photography

During the 2021 European Short Course Championships 20o freestyle prelims, David Popovici threw down a 1:43.43, which was a new best time and Romanian record. The swim improved upon his own mark in the event of 1:43.58 from just a few days prior at the Kazan World Cup meet.

Popovici started things off slower this time around than he did during his prior record-breaking swim, splitting a 50.87 instead of a 50.47. He was clearly in control, however, as he managed to come back roughly half a second faster on the last 100 by splitting a 2g.56 and 26.00 to close things out.

While Popovici’s time was a solid effort, the 17-year-old still has some work to do if he wants to challenge Matt Sates‘ fresh 200 freestyle world junior record which sits at a 1:40.65 from just a few weeks ago in Berlin.

The men’s 200 freestyle is shaping up to be an incredibly competitive battle, one in which Popovici currently ranks 7th overall. His 1:43.43 was just 0.01 seconds slower than Aleksandr Shchegolev (who was eliminated from moving forward because 2 Russian men were faster than him). Popovici will easily advance to the next round of racing but will likely need to get a little quicker in order to reach the final.

In addition to the subsequent round of the 200 freestyle that he will race, Popovici will also swim the 100 freestyle at Short Course Euros. While he’s entered with his long course time of 47.30 for 20th place, his recent PB of 46.77 would be good enough for 11th overall in the psych sheets.