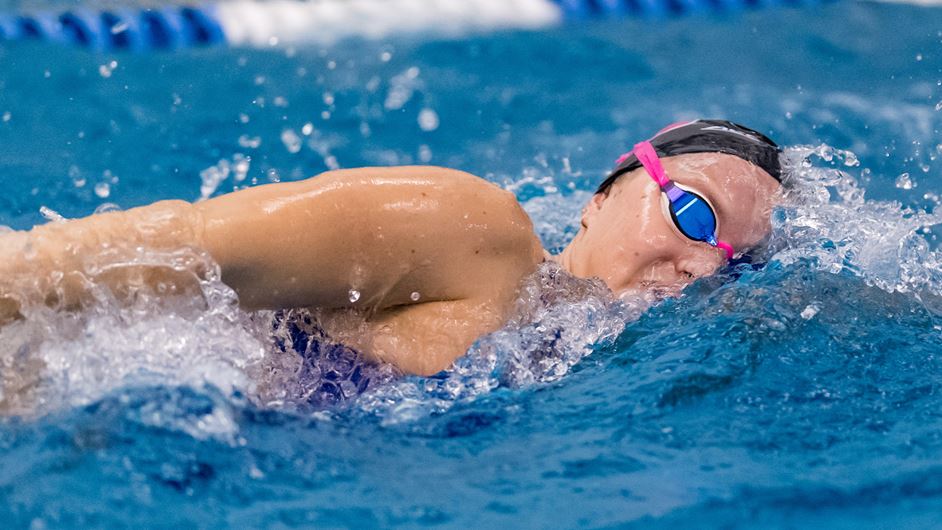 The Duke swimming and diving program returns to action on Saturday as it hosts Georgia Tech for a dual meet at Taishoff Aquatics Pavilion. Current photo via Duke Athletics

DURHAM – The Duke swimming and diving program returns to action on Saturday as it hosts Georgia Tech for a dual meet at Taishoff Aquatics Pavilion.

KNOW THE OPPONENT
Duke and Georgia Tech meet for the 45th time on the men’s side and just the fifth time between the women’s programs.  The Blue Devils lead both series, 24-20 and 3-1, respectively. In the two programs last meeting in 2016, Duke’s women won 198-101 while the men dropped the meet 135-165.

In accordance with Duke campus guidelines, masking is required indoors regardless of vaccination status. The full Duke policies can be found HERE.

HOW TO FOLLOW
Live results will be updated throughout the meet on Meet Mobile. The meet will not be live streamed.

PRIDE MEET
The meet on Saturday will feature as Duke’s pride meet as the Blue Devils recognize and stand in solidarity with the LGBTQ+ community.

DUKE SWEEPS ACC WEEKLY HONORS
The Duke swimming and diving program swept the ACC’s weekly honors after topping Boston College and UNC Wilmington on both the men’s and women’s sides over the weekend at Taishoff Aquatics Pavilion.

The Blue Devils led heavily after the first day of competition and continued to stay in front through the conclusion of the meet on Saturday. The 24th-ranked Duke women defeated Boston College 287-127 and UNC Wilmington 283-132. Duke’s men topped the Eagles 276.5-141.5 and the Seahawks 252-160.

“It was so great to have people back in the stands,” head coach Dan Colella said. “We had a huge representation of family and parents here supporting everyone. We had a great group of students out here supporting us as well. That was great for everybody to finally be back to a sense of normal in that regard.”

For the full recap of all the action, click HERE.

DUKE WOMEN IN THE POLLS
The Duke women’s team will begin the 2021-22 season ranked 24th in the country, per the October edition of the CSCAA TYR Poll. Duke was ranked to enter the season for the seventh consecutive year.

OH CAPTAIN, MY CAPTAINS
Earlier this fall, head coach Dan Colella announced the election of seven team captains for the 2021-22 season. The women’s captains are seniors Lucy Callard and Maddi Pullinger and junior Olivia Tighe. Seniors David Hallaron and Cole Reznick and juniors Coleman Kredich and Will Tenpas will lead the men’s team.

UP NEXT
Following Duke’s meet against the Yellow Jackets, Duke shifts its gaze to the NC State/GAC Invitational at the Greensboro Aquatic Center in Greensboro, N.C., November 18-20. Duke will be one of nine teams competing, joining NC State, Stanford, Penn State, Arizona State, Army, North Carolina, UNC Wilmington (diving only) and James Madison (diving only).