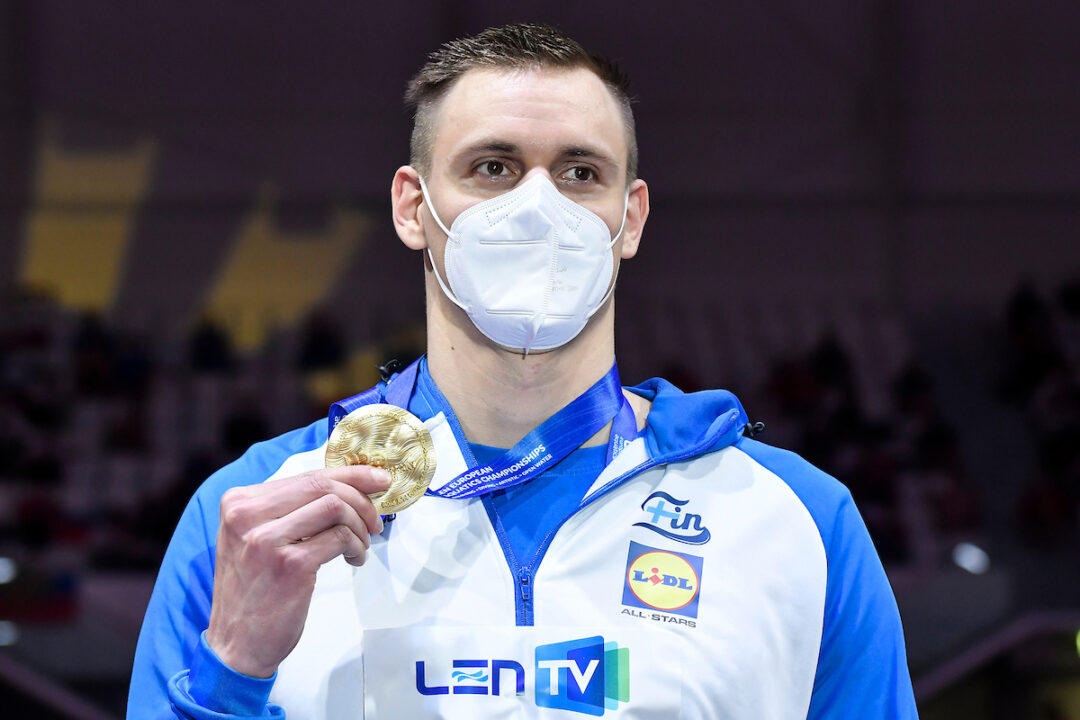 Lithuania's Simonas Bilis and Ari-Pekka Liukkonen of Finland have both dropped their respective events at the upcoming meet in Kazan, Russia. Archive photo via Andrea Staccioli / Deepbluemedia / Insidefoto

The 2021 European Short Course Championships are set to begin on Tuesday, November 2, 2021, in Kazan, Russia. After releasing initial psych sheets roughly a week prior to the meet, which we covered here, the LEN has released an updated version with a few notable updates.

The biggest change from the original psych sheets to the updated ones is that both Lituania’s Simonas Bilis and Finland’s Ari-Pekka Liukkonen have both seemingly dropped out of the meet. Bilis was entered originally to race both the 50 freestyle, in which he was entered in 4th (along with Szebasztian Szabo and Kenzo Simons) and the 100 freestyle where he was entered in 8th place.

Liukkonen on the other hand was entered in the 50 freestyle as 11th seed, along with the 100 IM (27th), 50 breast (30th), and 50 butterfly (31st). Liukkonen recently became the European champion in the long course 50 freestyle earlier this year in Budapest when he hit a 21.61 to beat out silver medalist Ben Proud (21.69) and bronze medalist Kristian Gkolomeev (21.73).

Both Bilis and Liukkonen raced at the Tokyo Olympics but Bilis only raced the men’s 4×100 medley in which he, Deividas Margevičius, Danas Rapšys, and Andrius Šidlauskas were disqualified. Liukkonen raced the individual 50 and 100 freestyles, placing 26th with a 22.25 and 46th with a 50.48, respectively.

While Bilis and Liukkonen were the high-ranked swimmers to pull out of the meet completely, a few of top 10 seeded swimmers has dropped events, lightning their load for Short Course Euros: