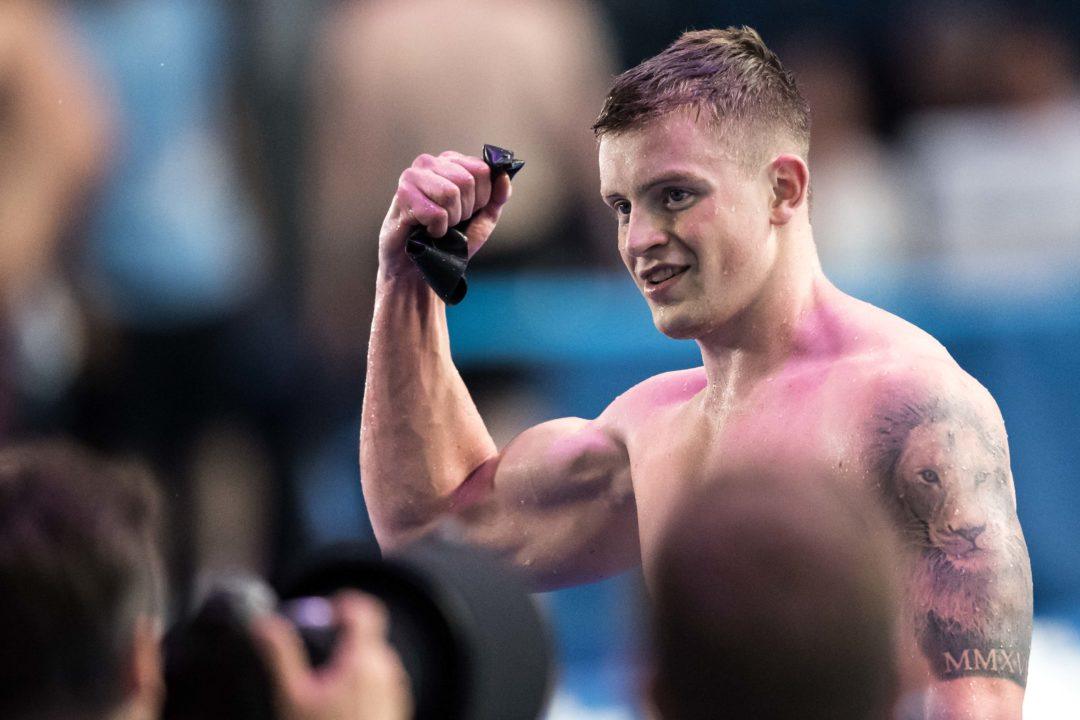 Among the World Championship notables of Duncan Scott, Ben Proud and Adam Peaty, emerging talents Freya Anderson, Kathleen Dawson and Emily Large are among those athletes ready to make their marks on the European Short Course stage.

Of the roster, Team Leader and Head Coach Tim Jones says, “We have selected a team with a great mix of experience and future potential. It will be an excellent opportunity for our next generation to hone their arena skills by working alongside some of our proven senior medallists. Whilst the meet is early season, I am sure it will provide some great racing ahead of our benchmark long course meets in 2018.”

Anderson, who trains with the Ellesmere College Titans, is the reigning World Junior Champion in the women’s 100m freestyle, an event in which she also semi-finaled at the senior level in Budapest.

Of her selection, Anderson states, “Being selected for the LEN European Short Course team is very exciting, it’s only my second senior team and I’m always very proud to represent Great Britain.” Said Anderson. “It’s hugely inspiring to go away with the senior and more experienced swimmers.

“The SC Champs fit perfectly into my current training and competition plan as I always race short course right up to the New Year. The meet will be a chance to see where I am fitness-wise and a great platform for some tough racing.”

For Scott, the 2016 Olympian is currently training with James Guy and others at an altitude camp in Flagstaff, Arizona. The dynamic British national record holder states, “For me it will be the first time representing Great Britain internationally at a short course meet and being selected to represent your country is always an honour. Racing in Copenhagen is a perfect opportunity to gain some international short course exposure and another chance to race some of the best in the world.”

Athletes set to compete at the LEN European Short Course Championships (13-17 Dec) are:

Great to see Ulyett in there again; Injury disrupted preparation to WCs and still swam valiantly. Also a nice opportunity for Anderson who really rather struggles with her starts & turns; It can’t be easy at her height mind.