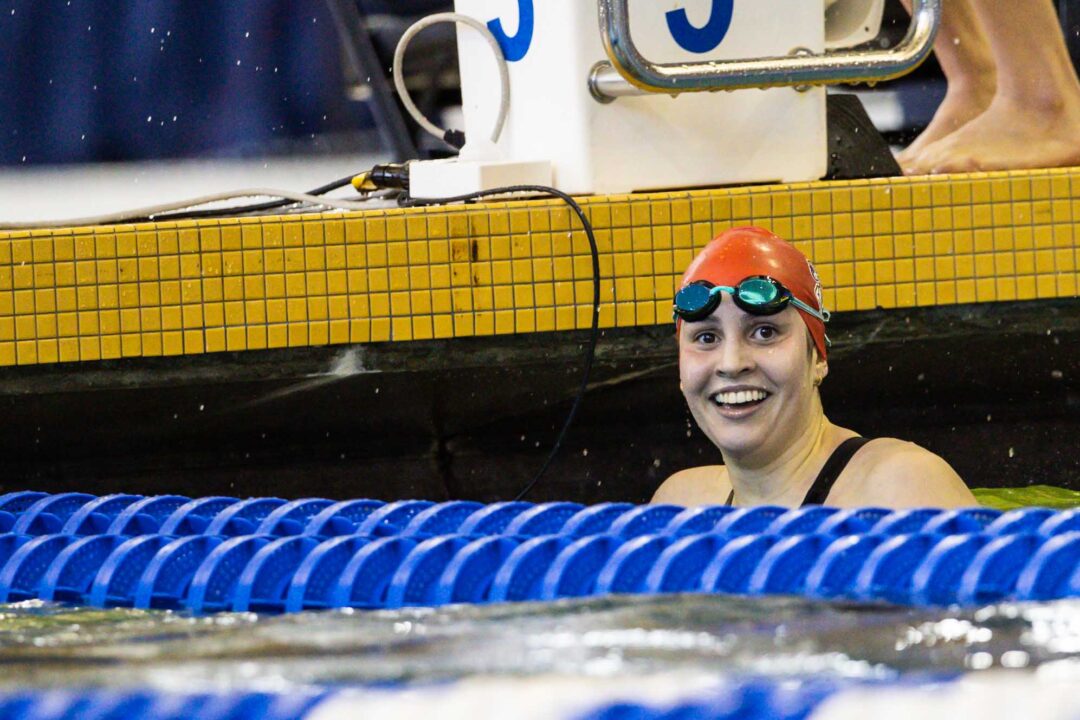 McKenna, the 2022 NCAA Champion in the 1650 free, threw the ceremonial first pitch at the Brewers-Marlins MLB game on Sunday. Archive photo via Jack Spitser/Spitser Photography

University of Wisconsin sophomore and 2022 NCAA Champion Paige McKenna threw out the ceremonial first pitch at Sunday’s Major League Baseball game between the Milwaukee Brewers and the Miami Marlins at the American Family Field. And while ceremonial first pitches don’t actually count towards the game’s ball-strike count, McKenna’s pitch can be considered a “strike” as it went down the middle of the plate at the catcher’s belt height.

In Sunday’s matchup between the two teams, the Marlins beat the Brewers 4-3. The Brewers, who are currently second in the NL Central with a record of 85-75, were in contention for the MLB playoffs but have since then been eliminated from the postseason because the Philadelphia Phillies claimed the final NL wild card playoff spot.

McKenna joins a large group of swimmers who have thrown ceremonial first pitches at MLB games, which includes names such as Michael Phelps, Katie Ledecky, Allison Schmitt, Zach Apple, Ryan Murphy, and Penny Oleksiak. However, given that most of the swimmers mentioned threw out first pitches following their participation at the Olympic games, McKenna’s situation appears to be rare occurrence in which a swimmer is named as the guest of honor to throw a first pitch by virtue of their collegiate performances.

During the 2021-22 NCAA season, McKenna dropped eight seconds in her 1650 free, which culminated in an NCAA title won in a new best time of 15:40.84. She also finished sixth in the 500 free at NCAAs with a time of 4:37.35—also a personal best. She managed to have a successful freshman season even while swimming with two torn labrums (the cartilage that reinforces the joint of the hip), and she eventually had to get hip surgery in April 2022. Her injuries prevented her from swimming long course this summer at both the U.S. World Championship trials and the U.S. National Championships.

In May 2022, McKenna spoke up about her mental health struggles via an Instagram post in honor of Mental Health Awareness Month.

Although McKenna grew up in Easton, Pennsylvania, her college, the Univeristy of Wisconsin, is located in Madison, Wisconsin, which is approximately an hour away from where the Brewers are located in Milwaukee.

she seems like a nice girl. If she’s back to full health, shes going to do damage this year.

Honestly it was a good throw.

From a little close

I, an empath, can sense that you’re jealous

That is awesome! Well deserved. Love to see swimmers recognized.