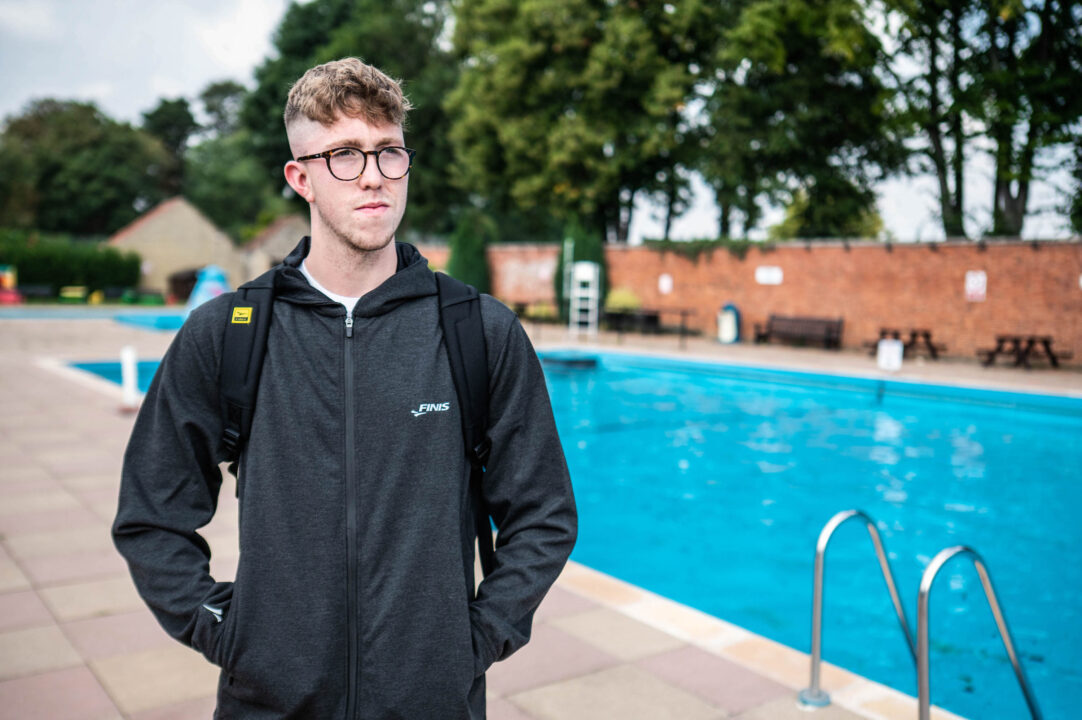 At the Commonwealth Games in Birmingham this past summer, Wiffen posted a lifetime best in the 1500m free (14:51.79) and claimed the silver medal.  Current photo via FINIS

“I am so excited to join FINIS as I love their tech suit and I believe it to be the best suit for distance swimming. Also, I haven’t had a bad session or race since wearing it.”- Daniel Wiffen

Wiffen, who won his first Irish title at the age of 15, is currently training alongside his twin brother Nathan at Loughborough University in England. While attending Loughborough Wiffen is studying Computer Science.

In 2021 Wiffen had an outstanding season as he qualified for the Tokyo Olympic Games with a standout performance at the Irish Trials. At the trials, he knocked 22 seconds off his lifetime best in the 800m freestyle and 13 seconds off the Irish record. He also holds the Irish 1500m free record (15:16.90).

Most recently at the Commonwealth Games in Birmingham this past summer, Wiffen posted a lifetime best in the 1500m free (14:51.79) and claimed the silver medal.

“I had the pleasure of meeting Dan Wiffen at the 2022 Worlds and was impressed by his humility even while swimming incredibly fast. Dan is on a crazy upward trajectory, dropping a ton of time every year, and is shaping to be one of the premier distance swimmers in the world. We are so excited to welcome Dan to the FINIS family!” said  FINIS Sales Rep and Athlete, Gus Borges

With Wiffen being the highest ranked Irish swimmer in the world this year and sights set on the Olympic games in 2024 be sure to keep your eyes out for Wiffen as he is just getting started. Go #TeamFINIS!

John Mix and Olympic Gold Medal swimmer Pablo Morales founded FINIS in Northern California in 1993 with a mission to simplify swimming for athletes, coaches, beginners and lifelong swimmers around the world. Today, FINIS fulfills that mission through innovation, high-quality products and a commitment to education. FINIS products are currently available in over 80 countries. With a focus on innovation and the fine details of swimming, FINIS will continue to develop products that help more people enjoy the water.