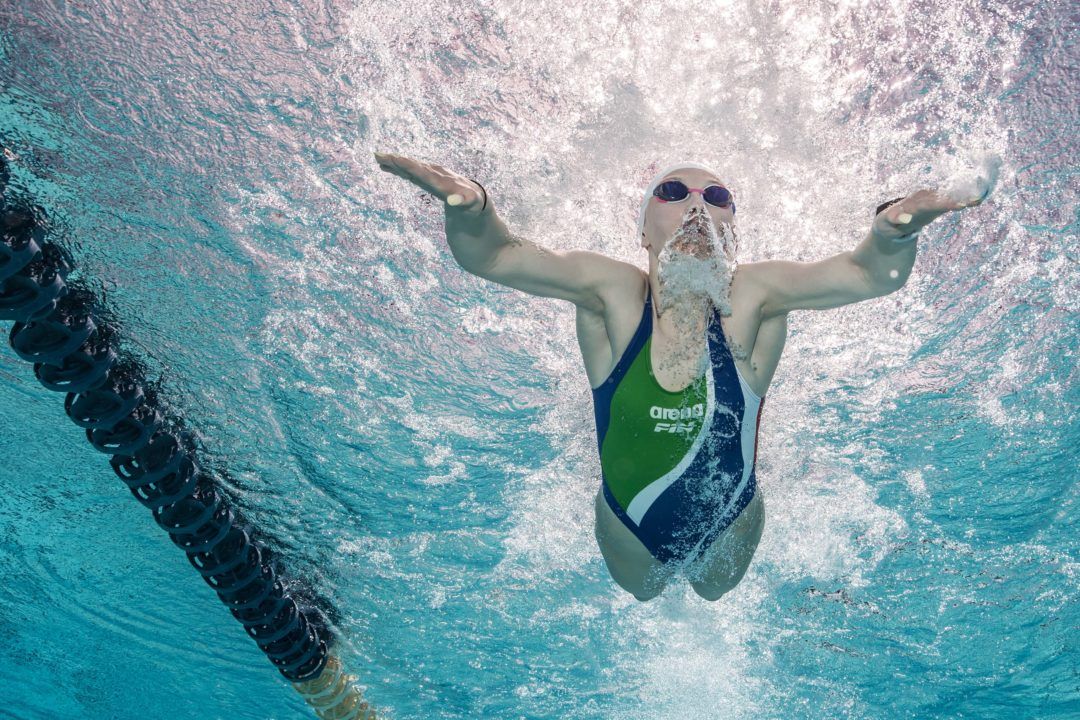 U.S. National Team member Cassidy Bayer is a notable omission from the psych sheets for the upcoming U.S. National Championships that begin next week in Irvine, California.

A member of Nation’s Capital Swim Club, Bayer was just 16 when she placed 3rd at the 2016 Olympic Trials in the 200 butterfly, and was also 4th in the 100 fly. Shortly after the Trials she tore her meniscus, resulting in her sitting out of high school swimming for her junior year in 2016-17. Bayer has now graduated high school, and will begin College at Cal in the fall.

While the 2017 World Trials didn’t go as planned after her injury, failing to make an A-final, she had a nice comeback meet at the end of the summer at the U.S. Open, swimming the country’s 9th fastest 100 fly and 7th fastest 200 for the year.

This year she’s competed as recently as June on the Mare Nostrum Tour with the U.S. Junior National Team, and is ranked 7th in the country with a 200 fly time of 2:10.62. Hali Flickinger and Katie McLaughlin are the only two swimmers entered in the event this year who have been faster than Bayer’s best time of 2:07.97.

Don’t matter none or noway Brown will shock the world….again

Good, Brown will finally enter the drug testing pool then.

Maybe she will swim and enter by Sunday

Too bad Cassidy Bayer is not in the lineup. She is quite a swimmer. Performance at the elite level in any sport risks injury. Swimmers at that level are tough as nails and conditioned to swim through the pain, allot of chronic pain. I hope she is well., shoulders and knees intact.