Nakamura Bests Chalmers In 50 Free Battle Down Under 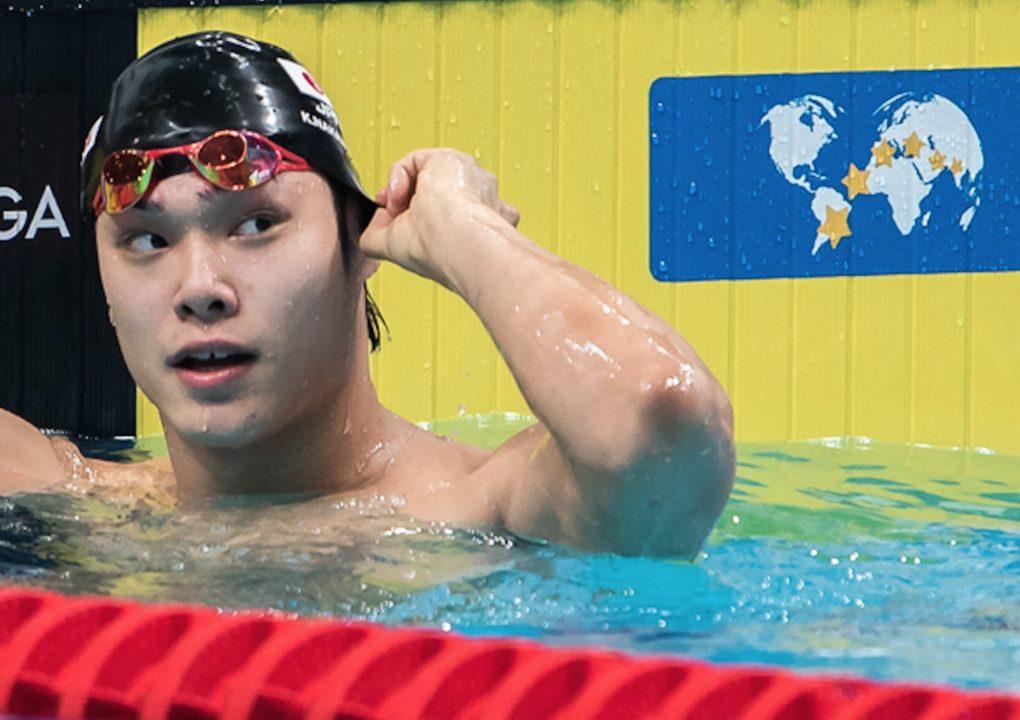 This morning, Chalmers put up a solid 50m freestyle, clocking 22.33 to sit behind Japanese maestro Katsumi Nakamura, who logged 22.20. For Nakamura, his time was just .15 outside of his season-fastest, the 22.05 registered at the Kosuke Kitajima Cup last November.

The pair went 1-2 in tonight’s final as well, with 24-year-old Nakamura slicing several more hundredths off of his mark to finish with the gold in 22.06. Chalmers also hacked off some time to the tune of two tenths, logging a silver-medal effort of 22.13, although he would earn the South Aussie state title.

Nakamura’s season-best of 22.05 sits as the 2nd fastest LCM 50 free time in the world, while Chalmers now checks-in as the 4th fastest.

The women’s 50m free was also won by a Japanese racer, with 21-year-old Rika Omoto continuing her stellar meet. Already logging the fastest 200m IM time in the world earlier in the meet, as well as collecting wins across the 50m fly, 200m free and 100m free, Omoto dipped under the 25-second threshold in the 50m free sprint for the first time ever.

In fact, Omoto’s performance now makes her just the 3rd Japanese woman ever to delve under the 25-second barrier in the event.

Omoto’s outing now also places her within the top 10 fastest females in the world this LCM season. Finishing behind her tonight was Aussie Olympian Madi Wilson in 25.46, while Olympic teammate Brittany Elmslie was also under 26 in 25.71.

Omoto wrangled up yet another win on the night, dipping under a minute in the women’s 100m fly. She was already 1:00.34 in the morning heats, but hacked off more than a second to represent the only sub-minute female in the final with 59.09. Marion’s Ellysia Oldsen took the state title in 1:00.91, while Elmslie rounded out the top 3 in 1:03.51.

The 59.09 time tonight by Omoto moves her into the list of top 10 Japanese female performers ever in the event as the 9th slot.

Xavier Castelli won the men’s 200m IM after an intense battle with Japan’s Masaki Kaneko. Kaneko held the lead until the breaststroke portion when Castelli quietly took over and held onto an edge until the end, touching by just .03 ahead of Kaneko. Castelli’s winning time was 2:02.67 to Kaneko’s 2:02.70.  Also right in the mix was Naito Ehara, who was also under 2:03 in 2:02.95.

Snagging the state title as the top finishing Aussie was Olympian Travis Mahoney, who earned a time of 2:03.37 to wrap up his competition.

Great 50 Free from IM’er Omoto. Reminded me of Alice Mills (Tait) winning world medals in 50fr/200im. Such a rare double.