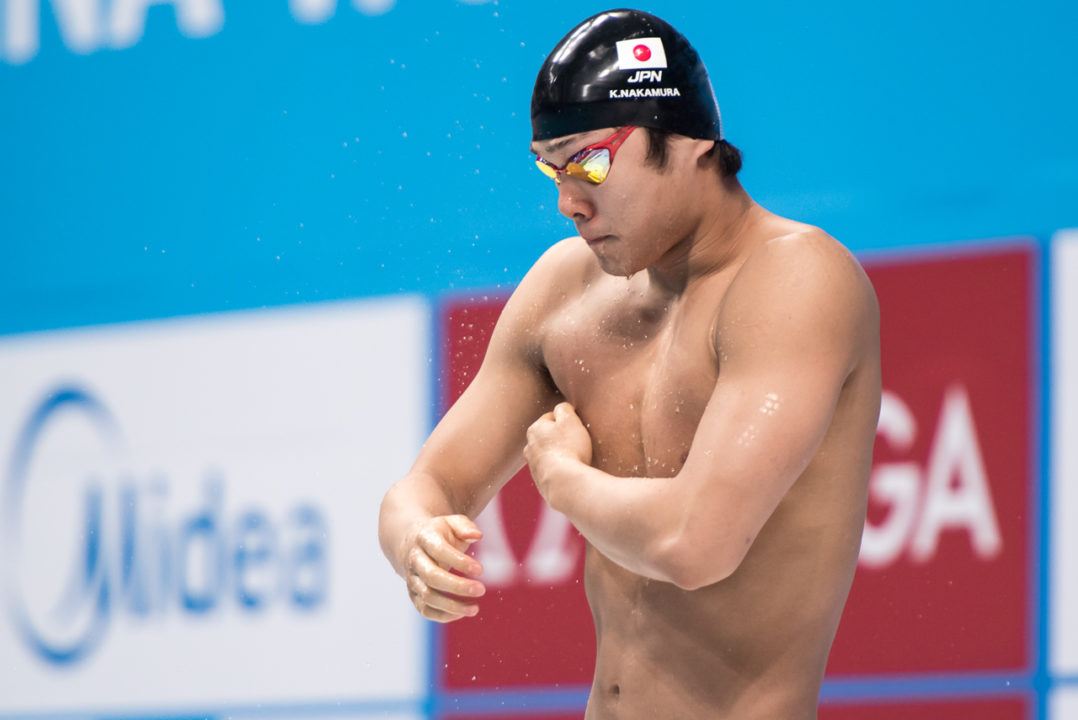 Katsumi Nakamura got the winning hand over Olympic champion Kyle Chalmers in the men's 100m freestyle at South Aussie states, registering the 3rd fastest time in the world this season in the process. Archive photo via Peter Sukenik/www.petersukenik.com

Continuing on through the 2019 South Australian State Long Course Championships, a battle went down in the men’s 100m freestyle, although not entirely in the night final. Choosing only to race in the morning, reigning Olympic champion in the event, 20-year-old Kyle Chalmers, established himself as the 2nd seeded swimmer with a solid morning effort of 49.41.

Taking the pole position in the prelim, however, was Japanese national record holder Katsumi Nakamura, the 24-year-old who owns a personal best of 47.87. In the AM heats, Nakamura represented the only swimmer to clock a mark under the 49-second threshold, splitting 23.48/25.43 to snag the top seed of 48.91.

Come the evening final, which Chalmers chose to sit out, Nakamura hacked off .40 to top the field in a head-turning time of 48.51. Splits this evening included 23.54/24.97, showing the two-time silver medalist at last year’s Asian Games saved a little extra for the way home in punching a sub-25 second back half. In fact, his time tonight in South Australia beats his mark of 48.72 that earned him the silver in Jakarta and also surpasses the 48.71 teammate Shinri Shioura threw down at that meet for the Asian Games gold.

With his time tonight, Nakamura takes over the 3rd slot in the men’s LCM world rankings in the 100 freestyle this season.

Japanese teammates Masaki Kaneko and Rika Omoto also struck more gold tonight, with the former taking the men’s 200m back in 1:59.44. Omoto was successful in the women’s 200m free, where she snagged the fastest time of 1:59.48, although Aussie Madi Wilson was right behind to take the South Aussie title in 1:59.87.

He has since said he pulled out due to tonsillitis.