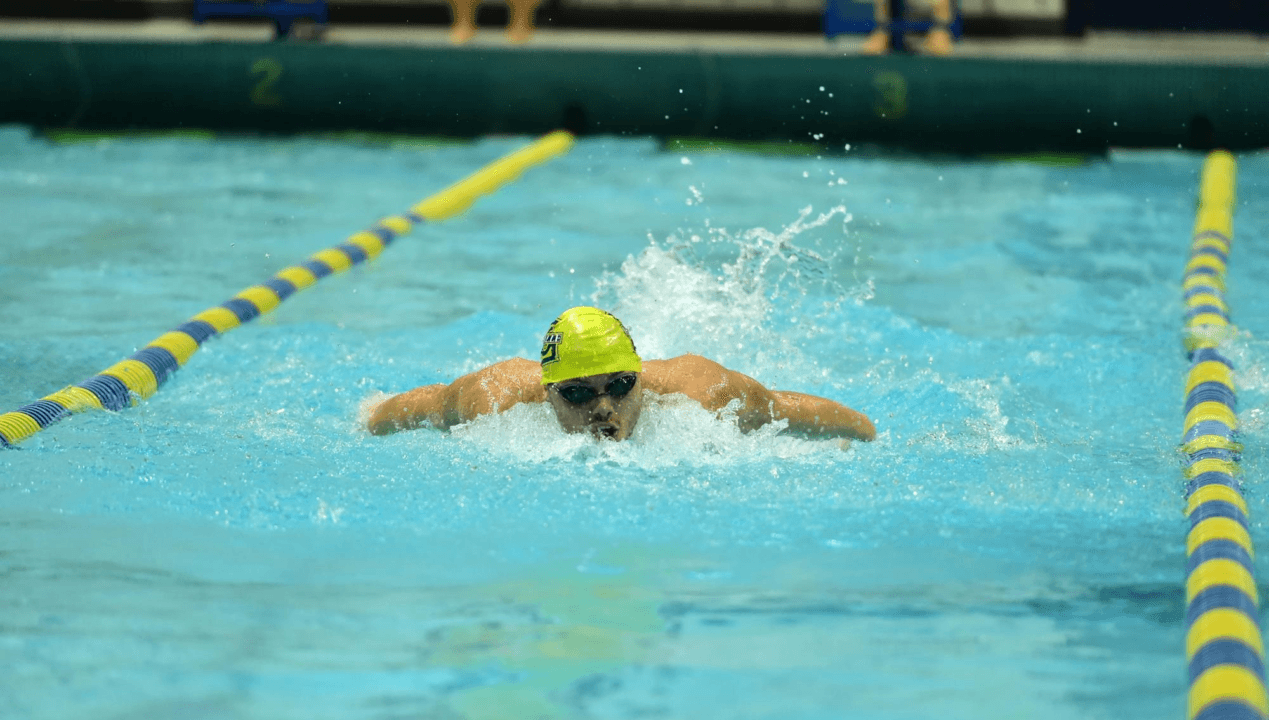 The LaSalle men, continued their rise, crushing Loyola by a score of 213-80. Meanwhile, the Loyola (Md.) women edged out the Explorers 155-145. Current photo via LaSalle Athletics

PHILADELPHIA, Pa. — In the second home meet in three days, the results were the same as vs. Fordham but an upward trajectory became clear. The men, continuing their rise, demolished Loyola by a score of 213-80. The women, without a win going into the meet, are still winless; however, they hung in against a Loyola team that was 5-2 entering Monday and lost by the thinnest of margins, 155-145. Sometimes it’s easy to see when a team is heading in the right direction; coach Jamie Platt said as much over the weekend.

The Explorers have a few days off until they take a short ride to Emmitsburg, Maryland on Saturday. There they’ll take on Mount St. Mary’s in a dual meet that starts at 12 p.m.

PHILADELPHIA – Sophomores Megan Dickey and Elizabeth Walsh each won a pair of events as the Loyola University of Maryland women’s swimming and diving team posted a 155-145 victory over LaSalle University; the men’s team dropped a 213-80 decision to the Explorers on Monday afternoon.

Junior Brooke Sharkey of Loyola was the team’s top swimmer in the 200 freestyle with a time of 2:02.66, good for third place.

Allison Echeverria earned points for the Greyhounds as she took third place in the one-meter diving (225.90 points). She also finished fourth in the three-meter diving (192.15 points).

The Greyhounds’ relay teams also played a key role in the victory. The 200 medley relay team finished with a time of 1:48.08. In the 200 free relay, Loyola took three of the top four places as the “A” team won with a time of 1:39.31. In the men’s meet, LaSalle had first place finishes in all 16 events.

The Greyhounds did well in the 100 backstroke as they took three of the top four places. After Ian Venter of LaSalle won with a time of 51.67, Conor Rutigliano of Loyola was second (52.58). Mark Boran finished third (53.26) and Jonathan Brooks placed fourth (54.14).

Loyola returns to action on Wednesday, January 23 when the Greyhounds host local rival Towson University at the Mangione Pool at 5:00 p.m.