Michel Chadwick Posts 22.5 in the 50 Freestyle at ESSZ Sectionals 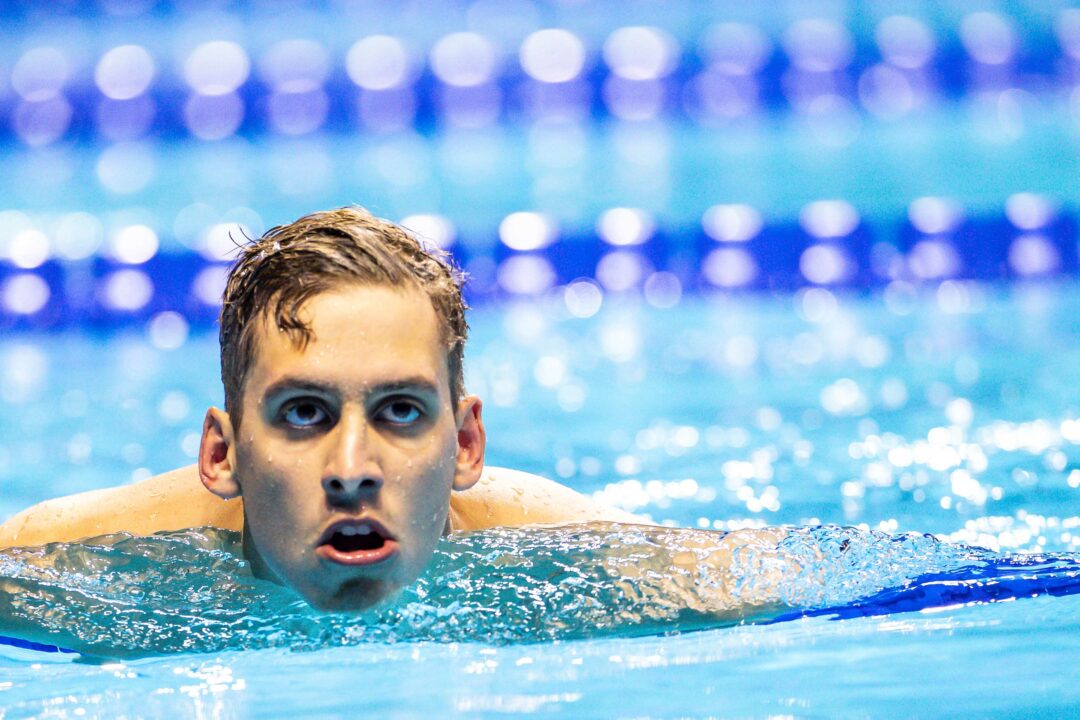 US National Team member Michael Chadwick was one of many athletes to near their times from Olympic Trials at the ESSZ Sectionals meet. Archive photo via Jack Spitser/Spitser Photography

Chadwick topped the podium in the men’s 50m freestyle, where he posted a time of 22.59. Although he was slightly faster in prelims, Chadwick was almost as fast as he was in the finals of the event at the US Olympic Trials, where he finished 8th overall in a time of 22.23.

NC State’s Noah Henderson touched second overall in a time of 22.66, knocking over a tenth off of his best time of 22.79, which he just set at Wave I of Olympic Trials. At Trials, he placed 3rd overall, just missing a wave II berth.

In the women’s event, NC State standout Katharine Berkoff won in a time of 25.64, matching her prelims time to the hundredth. With her performance, Berkoff knocked over a second off of her best time of 26.66, which was set in 2018.

In the men’s 200 butterfly, Kentucky’s Mason Wilby won with a time of 1:57.69, shattering his personal best by almost 4 seconds. Wilby, who didn’t even qualify for Wave II of the US Olympic Trials meet, would have made the semi-final of the event had he swam that fast in Omaha.

@SwimSwam please refer to your article earlier in the day on Wilby. He’s British and would be in Tokyo if he could have gone to British Trials and swum that time.

You say that but although 1.55.97 is under the FINA A cut the British QT was 1.55.45. Under the strict rules they adopt he would not have been picked. Probably tells you why he wasn’t at the trials.

Good point, but I thought that was just for automatic qualifying. Did the UK leave A qualifiers at home and just enter one swimmer in any events…asking not challenging

I am pretty sure they gave in and took some others

LETS GO PACK! Bring home the big dubs for all the members of the WPN!!!!