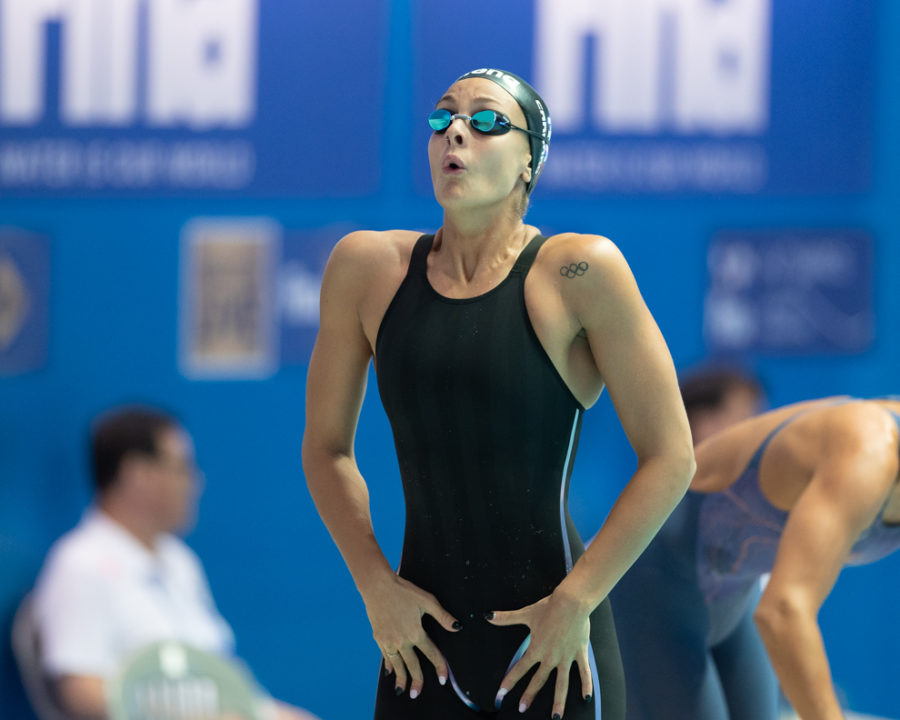 Martina Carraro won a battle royale of breaststroke record breakers on day 2 of the Nico Sapio Trophy in Genoa on Saturday. Archive photo via “Rafael/Domeyko Photography”

Ciampi already earned his first qualification on Friday in the men’s 200 free, and he added another on Saturday in the 400 free by knocking over a full second from his previous lifetime best in the event (which was done at this meet last year).

As for the veteran sprinter Orsi, who missed the team for the World Championships, he continued to show that the 100 IM is his primary event later in his career. He swam a 52.61 to book his first and only qualification for the European Championships. He was the 2018 World Short Course Championships silver medalist in that event. His was also a new Meet Record.

And Alberto Razzetti polished off the day’s new qualifiers with a 1:52.91 in the men’s 200 fly. While that time was .11 seconds slower than his best, it was good enough to stamp his ticket for Glasgow. He too set a new Meet Record with his swim.

This brings Italy up to 30 qualified swimmers for the European Championships, which will be held from December 4th-7th.