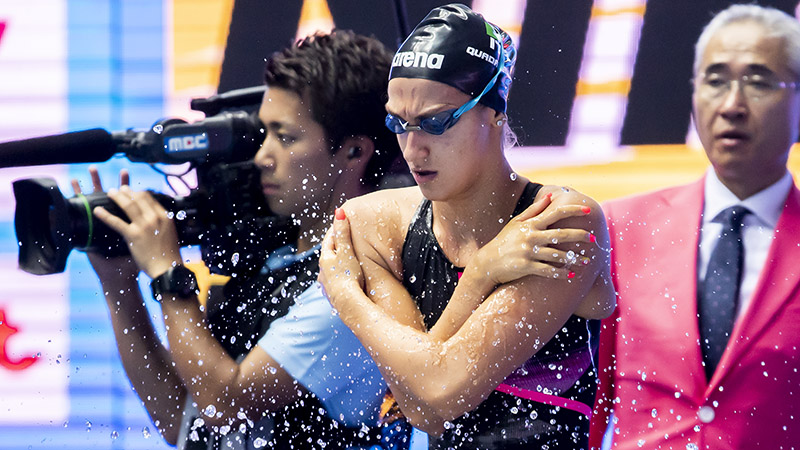 Quadarella raced her event wearing a symbol around her arm mourning the loss of Antonino Candido, Marco Triches and Matteo Gastaldo, the three firemen who lost their lives at an explosion in Quargnento, Alessandria. Quadarella is a member of the “Fiamme Rosse,” which translates to “Red Flames, and is the firefighters sports team.

On November 5th, the three firefighters lost their lives as a result of an explosion at a farmhouse in Quargnento, in the province of Alessandria.

The explosion occurred at around 2 a.m. local time in an uninhabited portion of the building due to the rupture of several gas cylinders triggered by a timer. The exact cause of the explosion has not been discovered as the investigation is still open.