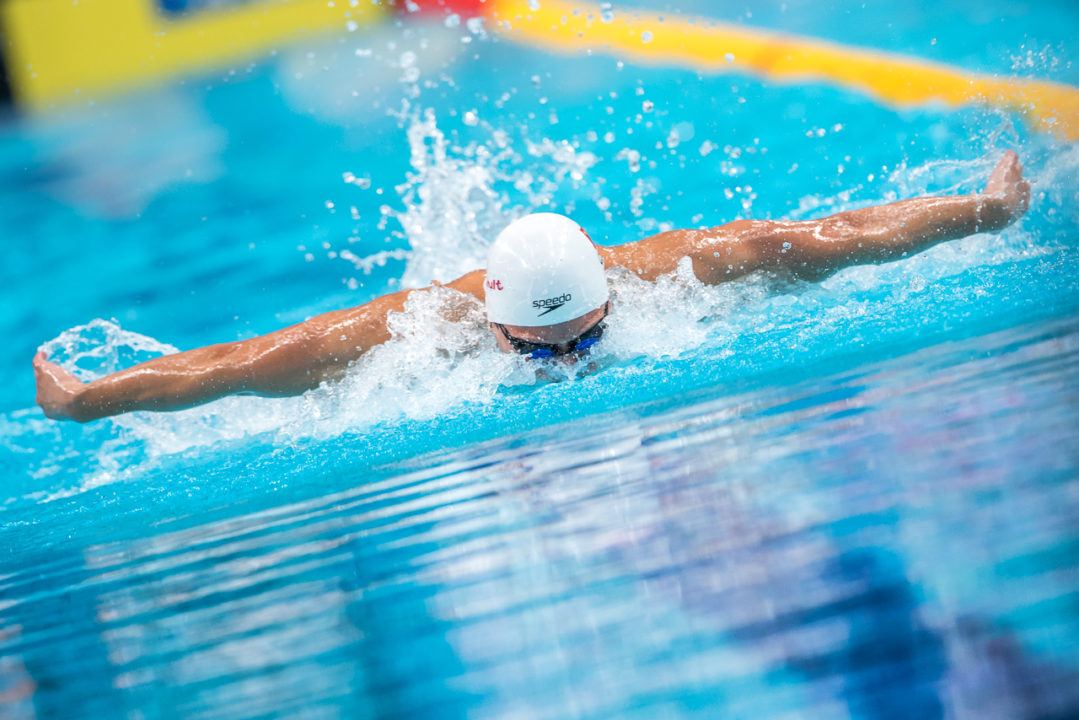 Li Zhuhao took out his own Asian Record in the men's 100 fly semi-finals. Archive photo via Peter Sukenik/www.petersukenik.com

19-year-old Li Zhuhao swam to a new Asian and Chinese National Record in the semi-finals of the men’s 100 fly, putting up a time of 49.36 to qualify 4th overall into the final.

Li previously held the Asian Record from 2017 in 49.53, a time that still remains the junior world record in the event.

American Caeleb Dressel was the top qualifier out of the semis in 48.93, making him the 4th fastest performer of all-time, and defending champ and world record holder Chad Le Clos (49.07) and Germany’s Marius Kusch (49.35) also sit ahead of Li heading into tomorrow. In terms of splitting, only Dressel (26.05) was faster than Li (26.34) on the back half.

While Dressel moved to #4 all-time with his swim, Kusch is now 11th and Li 12th.