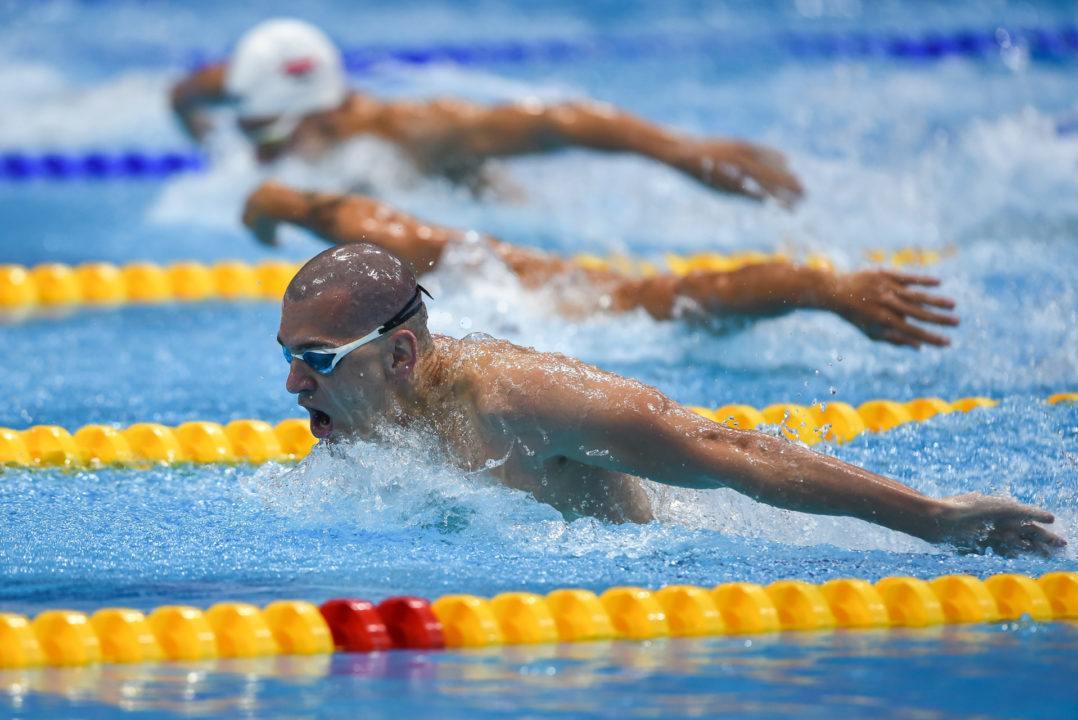 Foldhazi, who recently became Hosszu’s training parter at Iron Aquatics, broke his own Hungarian record in semi-finals of the men’s 100 IM Saturday morning. His time of 53.01 significantly improves on his old record of 53.08. He was second alternate for finals.

Hosszu won the 50 back in 25.95, improving on her previous record by .01. Read more about her Saturday swims here.

Hungary is currently second in the overall medals count, with 6 golds and 2 silvers on the women’s side, and a gold, silver, and bronze on the men’s.

“Significantly improves on his old record…” I hardly call 7/100ths significant for a 100IM. All the same congrats, always fun to down a national record. Hungarian records are getting more elite thanks to a plethora of swimmers including the Iron Lady