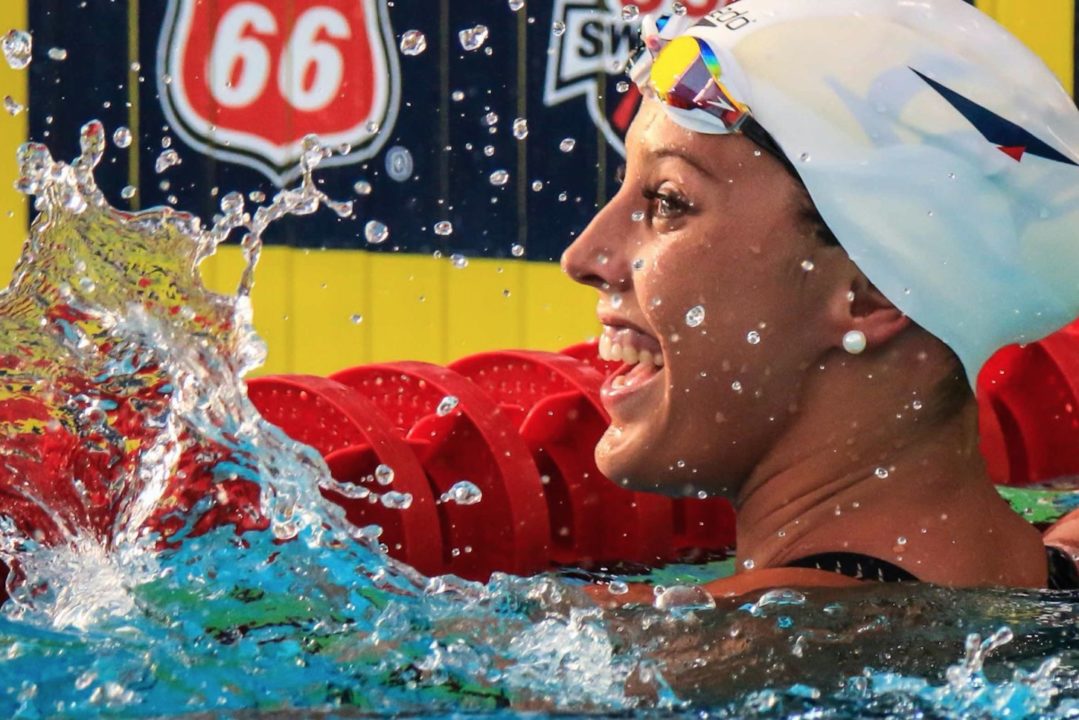 Golden Road Brewing signed a multi-year partnership with USA Swimming in July 2019, marking the first-ever alcohol sponsorship for USA Swimming. As part of the activation rights, versatile swimmer Baker, 23, will serve as Brand Ambassador for the California-based brewery through the Olympic Games in Tokyo, Japan next year.

“We at Golden Road feel that Kathleen’s ambition and dedication to her craft embodies the Golden Road ethos of never ceasing to pursue what inspires you,” said Jeff Crump, Director of Experiential Operations for Golden Road. “Golden Road Brewing is excited to follow Kathleen on her athletic journey as an Olympic swimmer. Kathleen’s story will be featured in a Golden Road produced content series, giving consumers and fans a behind the scenes look into the competitive world of swimming.”

Kathleen was equally as enthusiastic, sharing that she is “so excited to be partnering with a company that loves and promotes the California lifestyle. So thankful to live in a place that values being outside, staying active, and having fun!”

About Golden Road
In 2011, beer enthusiast Meg Gill co-founded Golden Road Brewing to bring delicious craft beer to the Los Angeles area with the California lifestyle at the forefront. Beginning with its headquarters in the Atwater Village neighborhood of Los Angeles, Golden Road has since become the city’s largest craft brewer with beer and food concepts at Grand Central Market and LAX as well as a state-of-the-art brewery and tasting room in Anaheim and a beer garden in Sacramento. Now available throughout the US at nearly 70,000 locations, Golden Road’s year-round offerings include Mango Cart Wheat Ale, Wolf Pup Session IPA, Fruit Cart Hard Seltzers as well as small batch releases of experimental beers.

As the National Governing Body for the sport of swimming in the United States, USA Swimming is a 400,000-member service organization that promotes the culture of swimming by creating opportunities for swimmers and coaches of all backgrounds to participate and advance in the sport through clubs, events and education. Our membership is comprised of swimmers from the age group level to the Olympic Team, as well as coaches and volunteers. USA Swimming is responsible for selecting and training teams for international competition including the Olympic Games and strives to serve the sport through its core objectives: Build the base, Promote the sport, Achieve competitive success. For more information, visit www.usaswimming.org.

Thought it would have been a steroid sponsorship first

I wish I would’ve kept swimming. Those 6ams wouldn’t be so bad having a brewing company sending me beers to work it off Saturday nights.

I love Golden Road! I wish they had wider distribution on the East Coast. Congrats Kathleen!