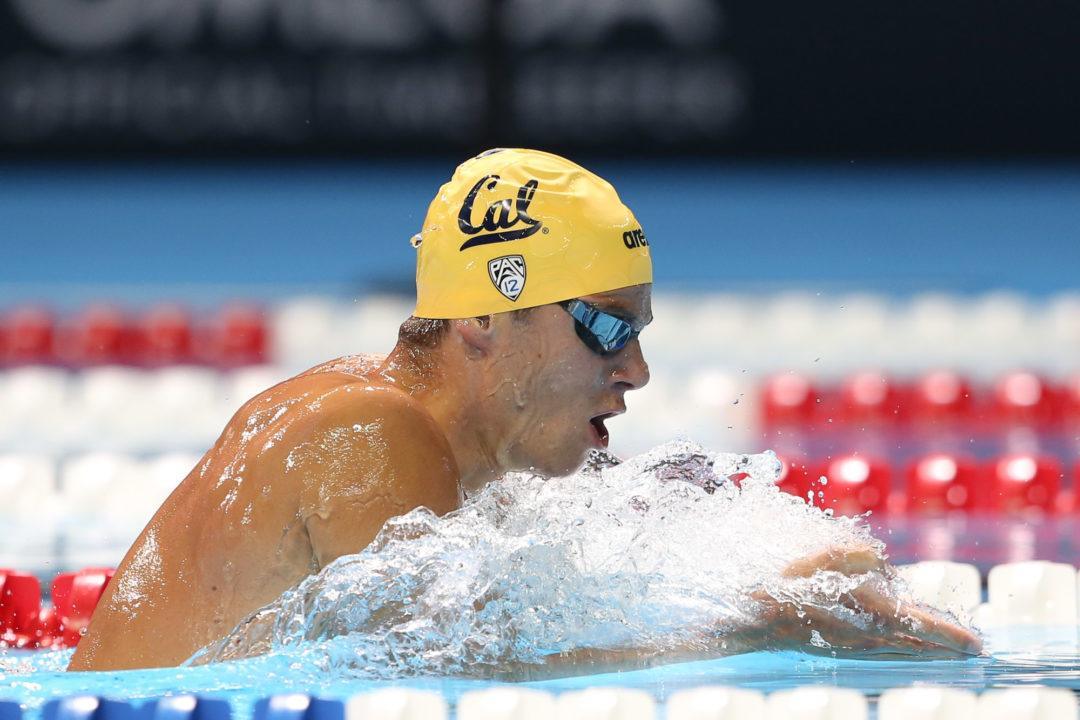 Prenot, who finished 6th this morning in 4:14.19, also cracked the minute mark in the 100 breast– he tied for the third-fastest time in that this morning with a 59.76. The semifinals take place tonight, so it looks like Prenot will go after an Olympic berth in that event rather than the 400 IM.

Weiss, meanwhile, finished 7th in the 400 IM this morning with a 4:15.21. He has no other races scheduled for tonight.

That makes three scratches from the 400 IM final. In addition to Devine moving up into the top 8, that also bumps up Austin Snyder of the Wolfpack Elite and NOVA of Virginia’s Charlie Swanson into the final tonight.

Snyder is a graduate of NC State, while Swanson will head to Ann Arbor in the fall to join the Michigan Wolverines for his freshman year.

Why on earth is a person named 50FREE watching the 400 IM?

It’s a shame we won’t see Prenot compete for a spot on the team, but realistically, his chances were slim with how Kalisz, Lochte, and Litherland swam in prelims. Looks like he’s taking the opportunity to work on his speed in the breast, and fine tune his stroke before the 200 later in the meet. After that 1:07.9 breast split in the 400 IM, he’s lethal.

I think Litherland has a chance but you’re probably right