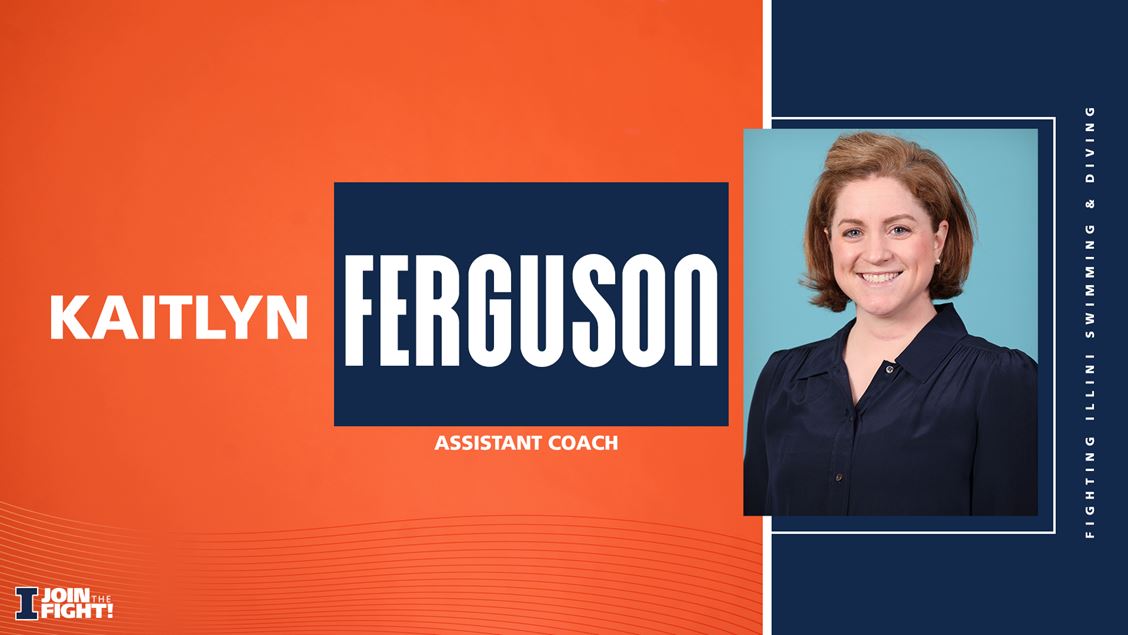 Kaitlyn Ferguson comes to Illinois after 3 seasons spent as assistant coach and recruiting coordinator at the University of Pennsylvania. Archive photo via Illinois Athletics

The University of Illinois has announced the hiring of Kaitlyn Ferguson as its new assistant coach. Ferguson comes to the program after 3 seasons at the University of Pennsylvania, including the 2020-2021 pandemic year where Penn didn’t participate in the NCAA season.

“We are excited to add Kaitlyn to the swimming and diving staff,” said Illinois head coach Sue Novitsky. “She is a passionate, knowledgeable, energetic, and driven coach. Kaitlyn was a student-athlete in the conference and is well aware of all the demands and work that it takes to be successful. Kaitlyn has a wealth of experience to draw from and that will be a tremendous asset to the program on deck and in recruiting.”

Ferguson replaces Elliott McGill, who resigned as the program’s assistant in May to pursue a career outside of swimming.

While at Penn, Ferguson served as an assistant coach and the head recruiting coordinator. Among her biggest recruiting successes was the commitment of Matthew Fallon, who will be a freshman this fall. One of the top 10 recruits in the country in the high school class of 2021, Fallon carried the top seed into the finals of last week’s US Olympic Trials in the 200 breaststroke. While he ultimately finished 8th in the final, his 2:08.91 from the semis ranked him 4th-best overall at the meet. He was also the youngest swimmer in that final.

Illinois finished 12th out of 13 teams at last year’s Big Ten Championships, placing ahead of a short-handed Rutgers squad in the final standings.

A native of Mamaroneck, New York, Ferguson swam for Penn State, where she was an All-American and a member of the 2006 Big Ten Championship team. She was also a two-time Olympic Trials qualifier.

She started her coaching career with the Badger Swim Club in New York, before returning to her alma mater Penn State from 2014-2017. She then became the head assistant coach at Division I Marshall University in West Virginia before her stint at Penn.

I’ll give it three years before Sue runs her off.

GREAT HIRE! She will be great!