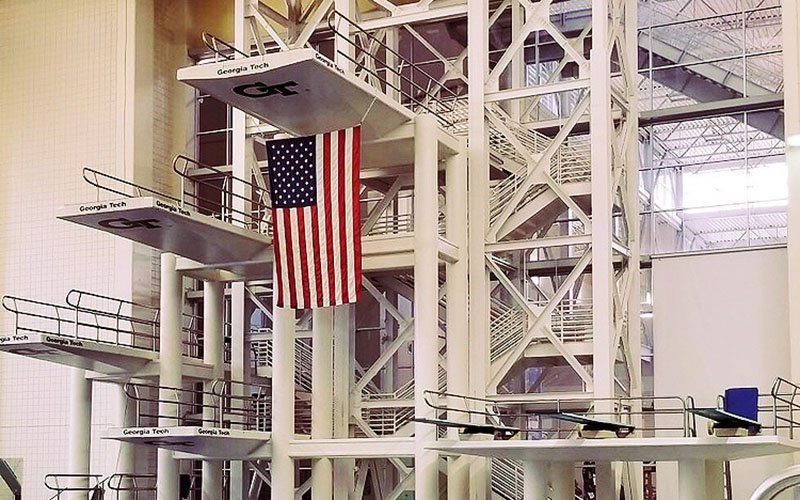 Herrera entered finals with a 38.85 point edge over Joey Cifelli (Chicago Heights/West Lafayette, Ind.) to lead in the men’s 1-meter, following a standout performance in the morning preliminaries, where he earned 411.35 points. The Hurricane persisted through the finals with strong, effective dives and never fell out of the top spot. His front 2 ½ somersaults with 1 twist in the second round of the finals scored 70.40 points and was Herrera’s best dive of the afternoon. Cifelli held onto second place, where he recorded 712.85 points, while Conor Casey (Annandale, Va./Stanford, Calif.) earned 683.90 points to finish third after placing sixth in the preliminary round. Casey, Cifelli and Herrera will all return to Winter Trials Thursday to compete in the men’s 3-meter competition.

2016 Olympian Magaña earned her title in the women’s platform as she beat out fellow 2016 Olympic teammate Katrina Young (Shoreline, Wash./Tallahassee, Fla.) by 5.25 points for the top spot. The Indiana native, who carried all 324.50 points from the preliminary round into the finals, maintained first place throughout the afternoon due to her consistent dives. Entering the final round, Young was only 2.05 points behind Magaña, but a back 2 ½ somersaults with 1 ½ twists scored Magaña 64.00 points to clinch her title. Young finished second with 610.30 points, while Olivia Rosendahl (Los Angeles, Calif./Evanston, Ill.) placed third with 545.80 points after finishing the preliminary round at fourth. Magaña finished Winter Trials with the women’s platform title, while Young wrapped up her week of competition with a title in the women’s 10-meter synchro.