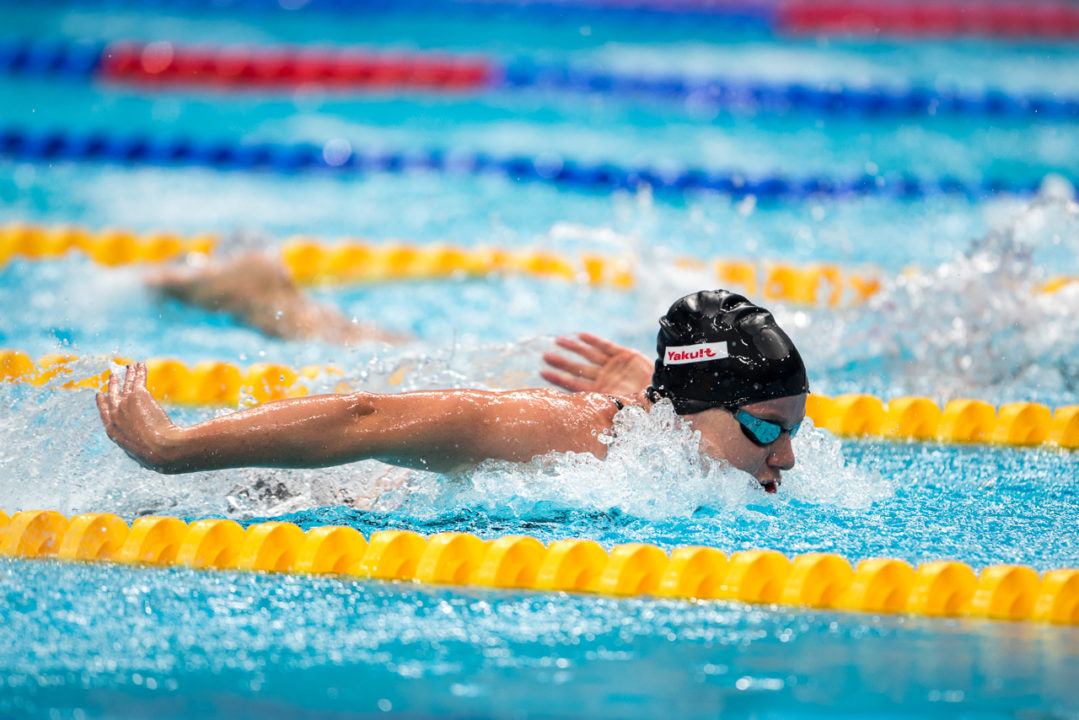 24-year-old Helena Gasson kept both her win streak and record-breaking streak alive on the penultimate night of the NZL SCM Championships. Archive photo via Peter Sukenik/www.petersukenik.com

24-year-old Helena Gasson not only kept her winning streak going at the 2019 New Zealand Short Course Championships, but the Coast swimmers also kept her National Record-breaking streak alive through day 4 in Auckland.

After already knocking down new SCM national standards in the 200m IM, 400m IM and 200m fly competing at this week-long competition, Gasson tore down the NZL mark in the 100m fly.

Gasson fired off a winning 100m fly time of 57.88 to crush the previous Kiwi national standard of 58.24 set by Sophie Batchelor back at the 2012 NZL State Championships. Splitting 27.01/30.87, however, Gasson became the first-ever New Zealand female swimmer to dip under the 58-second threshold in the event.

Accompanying her in the under-minute territory in the race was 16-year-old Brearna Crawford, the Mt. Albert swimmer who has already been making waves at this meet with a trio of breaststroke wins, as well as a 50m fly National Record. Crawford touched in 59.46 in this 100m fly event for runner-up.