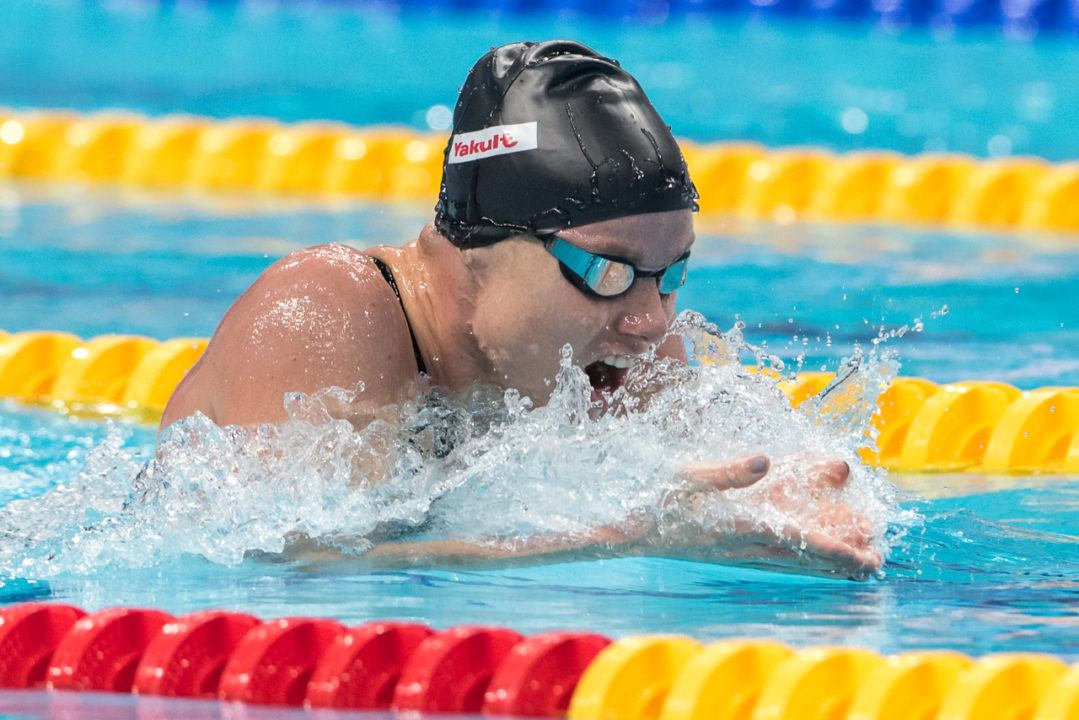 Competing in the women’s 200m IM, Gasson powered her way to the top of the podium in a new lifetime best of 2:09.20, winning the final by three and a half seconds. 24-year-old Gasson’s time overtook the previous national standard of 2:10.17 Helen Norfolk put on the books way back in 2008 at that year’s World Championships.

Gasson now owns the New Zealand National Records in both the SCM 100 and 200 IM events in addition to the 100 and 200 LCM butterfly events.

20-year-old Pukekohe Swim Club athlete Andrew Jeffcoat led a 1-2 finish for his squad, hitting the wall in a time of 52.67 to take the men’s 100m backstroke. That result fell within .12 of his own PB and was just enough to edge out teammate Zac Dell, who touched in 53.31 for silver.

Emma Godwin was also within striking distance of her own personal best in the women’s edition of the 100m back. Tonight she touched in 59.32 to represent the only swimmer of the field under the minute threshold, coming within .13 of her lifetime best of 59.19 from this same meet last year.

Mario Koenigsperger doubled up on his 100m breaststroke victory from night 1 with a 50m breast gold this evening. The 22-year-old finished in 28.03 to out-touch runner-up Josh Pickett by only .02.

Brearna Crawford fired off a new National Record last night in the 50m fly while also taking the 100m breast gold. This evening, she added another top prize to her haul, with the 16-year-old coming away with the win in the 50m breaststroke in 30.90.

Finally, in the women’s 400m free, it was Phoenix Aquatics’ Hayley McIntosh who got it done, registering a winning effort of 4:10.14, the 4th fastest time of her career.

The New Zealand coaches are definitely getting their athletes to higher levels of performance and should field a strong team for Toyko.