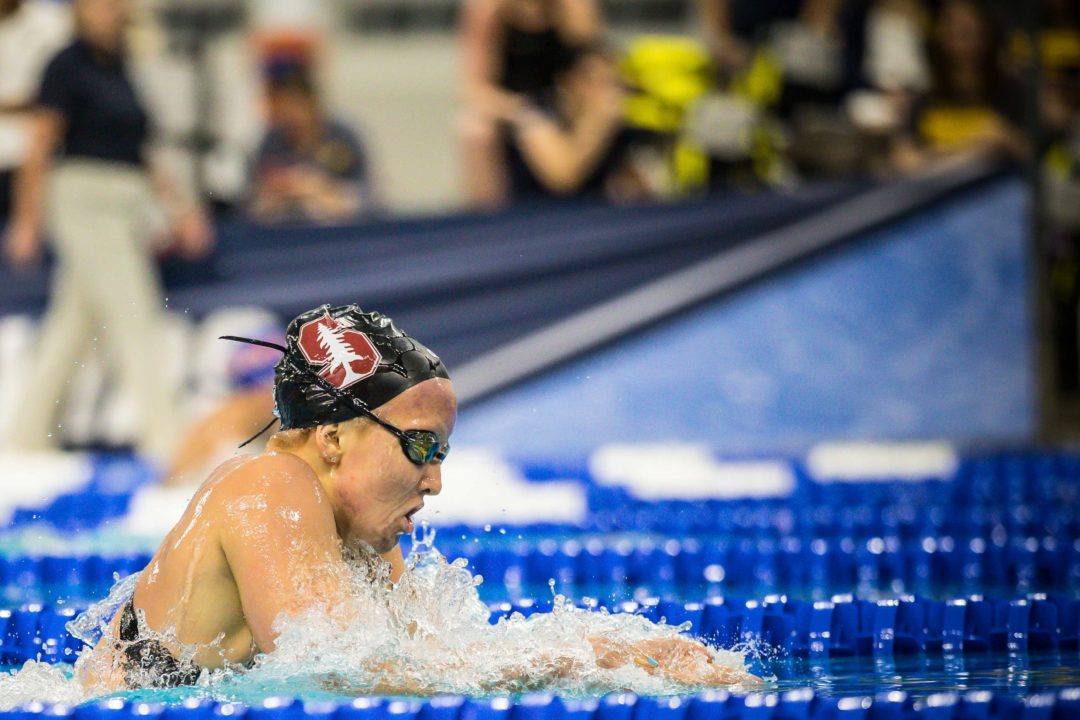 The three-time defending NCAA champions earned a majority of the votes at 55.1% - but the rest of the field pulled solid numbers. Archive photo via Jack Spitser/Spitser Photography

Our most recent poll asked SwimSwam readers to pick their #1 team in preseason Power Rankings:

Question: Who should be #1 in the women’s NCAA Power Rankings?

The three-time defending NCAA champions earned a majority of the votes at 55.1% – but the rest of the field pulled solid numbers.

A light recruiting class by Stanford, combined with some major graduations (like Ella Eastin) and redshirts (like Taylor Ruck) have fans buzzing about a change atop the women’s NCAA this season. But Stanford still returns the most points even without those two, and has an extremely deep roster, led by national and international stars like Brooke Forde and Katie Drabot. That’s why they remain #1 in this poll and #1 in our official rankings.

Cal did pull down 27.8% of the votes, a solid margin. They, too, had some key graduations (Amy Bilquist, Katie McLaughlin), but do return arguably the best individual swimmer of the contending teams in Abbey Weitzeil. They also reloaded with a solid recruiting class and have some of the top relays in the country.

Most of the buzz has been about the ACC risers, though. Virginia brought in the nation’s top recruiting class (complete with #1 recruit Kate Douglass) and return nearly all of their contributors from last year. Meanwhile NC State return a bunch of point-scorers to combine with the #4 recruiting class nationwide, headed by top backstroke prospect Katharine Berkoff. Those teams combined for about 13% of the votes, with Virginia polling about twice as many as NC State. The rest of the field were at just 4% of the total votes.

Below, vote in our new A3 Performance Poll, which asks voters the same question about our men’s Power Ranks:

For the women, I am hoping for something similar to the Cal / Texas / Indiana / Florida / NCState scoring situation at the 2018 Men’s NCAAs in the very near future. Looks like we might see it.

Yup, but my guess is next year more so than this year.

Coronavirus: “May I enter NCAA’s?” It did without permission and won. #LOL