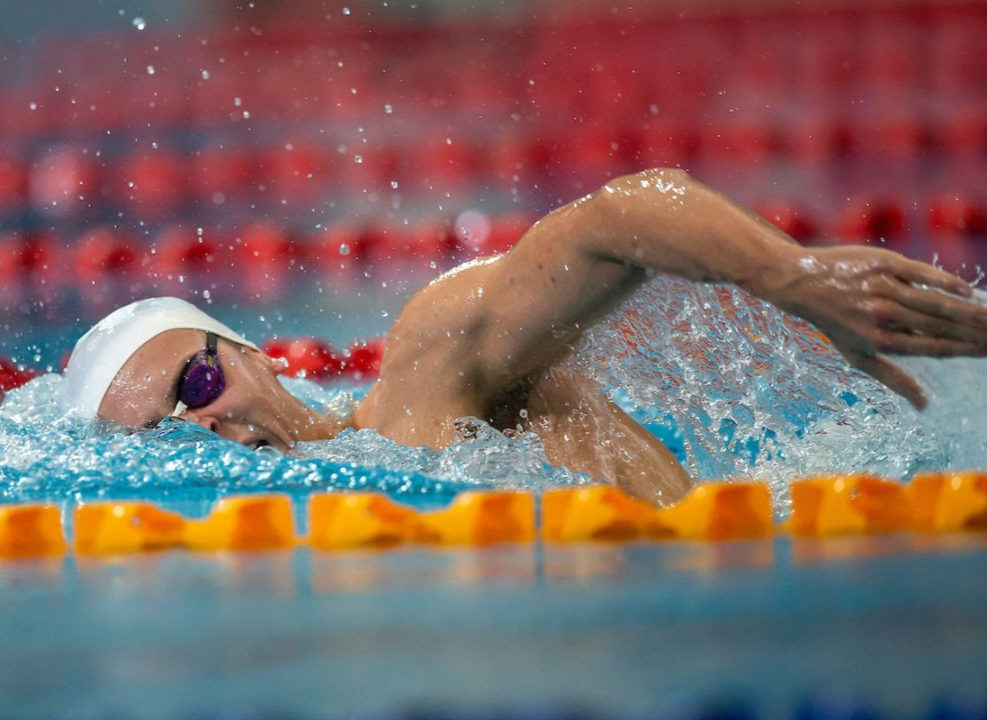 The 2019 New Zealand Open Championships kicked off in Auckland tonight, with several double winners breaking out of the field. Archive photo via Simon Watts/www.bwmedia.co.nz

The 2019 New Zealand Short Course Championships kicked off today in Auckland, with 19-year-old Aquabladz swimmer Zac Reid wasting no time making his mark on the meet.

Although his time tonight fell well short of his 7:40.62 PB, Reid’s outing was enough to hold off 20-year-old Cormac Guthrie of Australia, who settled for silver in 7:59.21.

Doubling up, Reid’s next victim was the 200m free, where the Kiwi notched a winning effort of 1:46.18. That edged out Andrew Jeffcoat and his effort of 1:46.33, with both men registering new personal bests in their two-man race. Reid’s previous PB rested at 1:48.45, while Jeffcoat’s career-fastest was represented by 1:48.63.

Mt. Albert Grammar’s Brearna Crawford also wrangled up 2 golds to open her NZ Short Course Championships campaign. The 16-year-old took the women’s 100m breast in a mark of 1:07.30, posting a new PB in the process. She followed up with a gold in the women’s 50m fly in a time of 26.43, knocking almost .3 off of her previous career-fastest time of 26.72.

In facct, Crawford’s time checks-in as a new National Record, overtaking the previous mark of 26.53 held by Danielle Koni since 2010.

Finally, 25-year-old North Canterbury swimmer Jeremy Tasker was another two-time winner on the night, reaping gold in the 50m fly in 24.26 while also beating the men’s 400m IM field in 4:19.99.