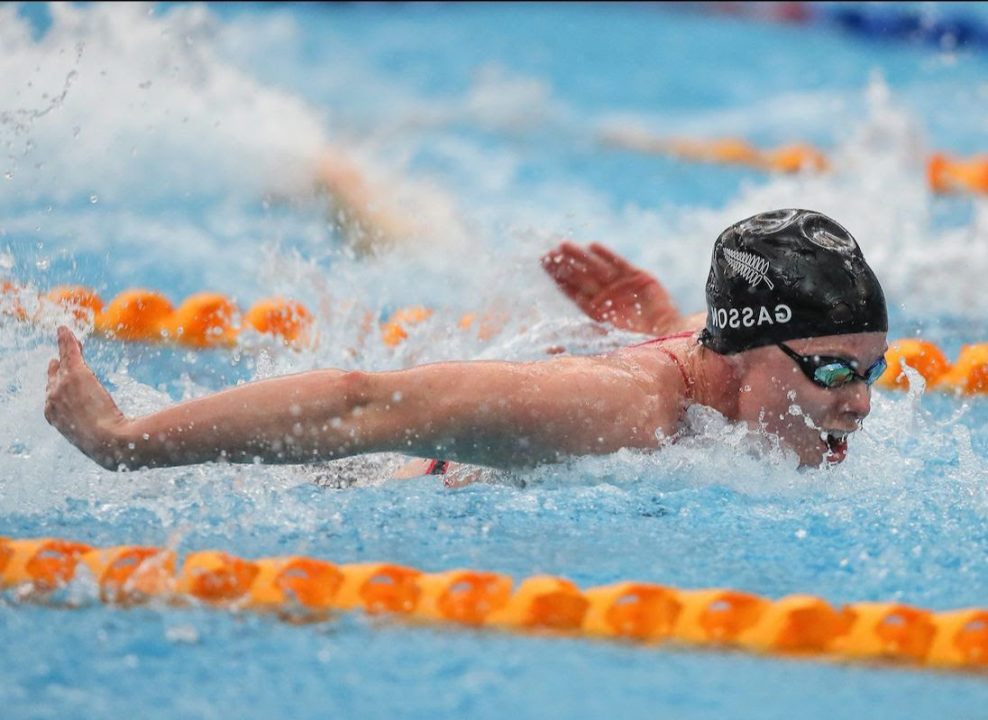 24-year-old Helena Gasson notched her second national record in as many days while competing at the 2019 New Zealand Short Course Championships. Archive photo via Swimming NZL

24-year-old Helena Gasson notched her second national record in as many days while competing at the 2019 New Zealand Short Course Championships.

Yesterday the Coast swimmer took the gold in the women’s 200m IM, collecting a new national standard time of 2:09.20 in the process. That beat the previous national record of 2:10.17 Helen Norfolk put on the books way back in 2008 at that year’s World Championships.

Flash forward to today and Gasson did damage to the 100m IM event, clocking a winning effort of 59.76 to top the podium well over 2 1/2 seconds faster than the rest of the field. Her time checks-in as a new lifetime best, replacing her own previous Kiwi national mark of 1:00.45 from this same meet 2 years ago.

North Shore’s Wilrich Coetzee proved too quick for the men’s 200m IM field, with the 22-year-old stopping the clock in 54.90 for the gold. That represented the only time of the field under the 55-second threshold.

The men’s and women’s 50m freestyle events also took place tonight, with Joshua Greening taking the former in 22.30, while Emma Godwin claimed the win in the latter in 25.32.

Additional winners on the evening included Zarhn Collins beating out the men’s 200m breast field in 2:11.01, while Brearna Crawford accomplished the same in the women’s edition in a time of 2:26.60. For Crawford, tonight’s victory completes a breaststroke trifecta for the 16-year-old, with the teen already having won the 50m (30.90) and 100m (1:07.30) distances.