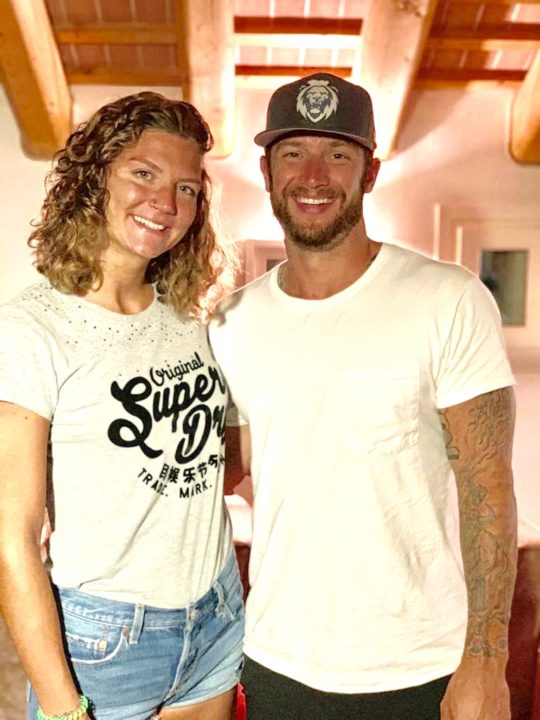 Shane Tusup is working through the process of becoming a coach with Italy's swimming federation (Federazione Italiana Nuoto). Archive photo via Ilaria Cusinato

With the FINA World Cup Series picking back up with a stop in Budapest, Shane Tusup announced this morning on his YouTube channel that he will not be on deck for the meet. His swimmers, including Italian record-holder Ilaria Cusinato, will still race at the meet as planned.

Tusup says he is in the process of becoming an official coach for Italy, and that there is a long process involved.

“I’m currently shifting into working with the Italian federation, working as an Italian coach, so I’m going through the process,” said Tusup in the beginning of the video announcement, which is pasted below. “I end up in a position where I may, unfortunately, not be able to be on pool deck.”

Cusinato is the next to speak, conveying her excitement to race and to see where she’s at now that she’s over a month into her new training environment. Zsombor Bujdoso, the 15-year-old Hungarian training with them, also talks about how tired he is but that he feels ready to race in Budapest. He says he already notices an improvement in his technique. Hungarian record-holder David Foldhazi, a new addition to the team, speaks at the end about his progress and his readiness for Budapest.

The Budapest stop of the World Cup Series begins tomorrow.

Tusup posted to Instagram a photo of him on deck with a deckpass. His caption says “thank you to everyone who helped me out and made sure I would have a deck pass and be able to do my job to the fullest!”

Is he still working towards a pro golf career or is that reality show done?

He went from never golfing in his life to driving it 360+ yards in a matter of months. Your envy is pathetic.

Let’s not talk negative about people on the internet any more.

Do you believe in magic🎵