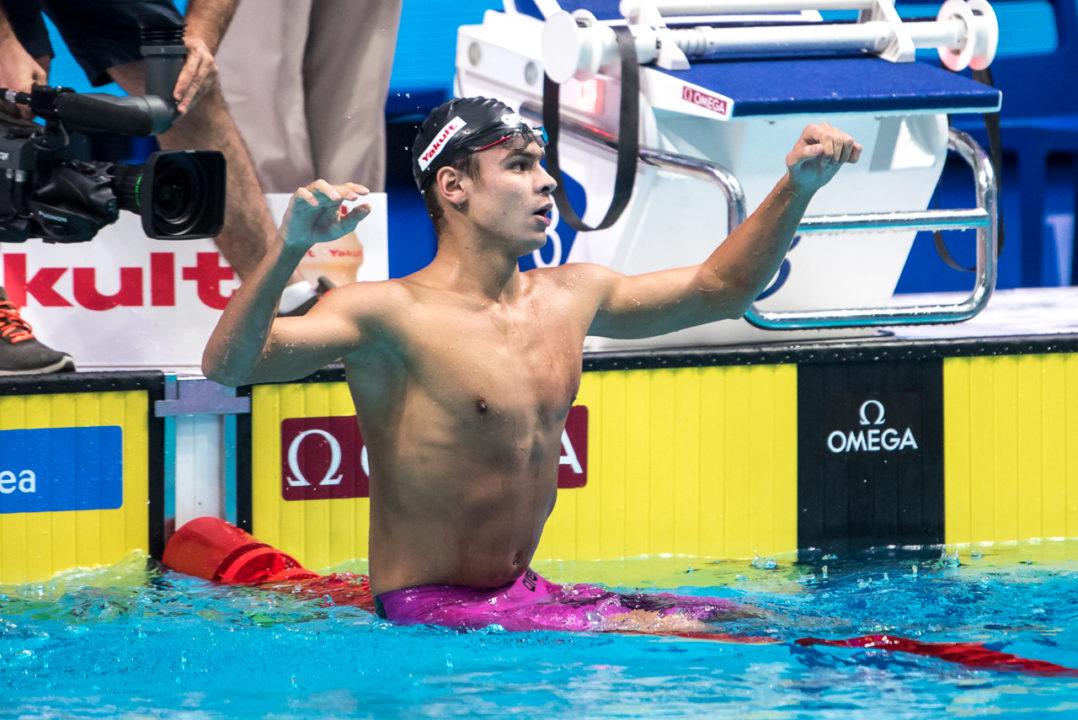 21-year old Russian swimmer Evgeny Rylov has been named the GQ Russia Sportsman of the Year. GQ is a men’s fashion,... Archive photo via Peter Sukenik/www.petersukenik.com

21-year old Russian swimmer Evgeny Rylov has been named the GQ Russia Sportsman of the Year.

GQ is a men’s fashion, style, and culture magazine that includes at least 9 editions, including the one in Russia.

“We live in the era of great swimmers: Alexander Popov, Ian Thorpe and Michael Phelps took turns writing the history of this sport. After the “dry” period of 14 years without victories, Evgeny Rylov returned Russia to the elite of the world Championships.”

Among the other finalists in voting for the award were Habib Nurmagomedov, Fedor Smolov, Nikita Gusev and Alexander Zverev. Not winning Sportsman of the Year, but instead promoted to GQ Man of the Year, was soccer forward Artem Dzyuba, who led Russia to the quarterfinals of the home World Cup in 2018. That was Russia’s highest finish since before the dissolution of the Soviet Union (they were 7th in 1982).

Rylov is the first swimmer to win the award.

Why..? Kolesnikov broke 2 WRs in the past year. Even Chupkov’s Euro performances are better. Is a 2:06 not better than a 1:53? What am I missing here?

My guess is that he was chosen over them in part due to his 2017 success even though this is an “of the year” award. The excerpt from the GQ article “After the ‘dry’ period of 14 years without victories, Evgeny Rylov returned Russia to the elite of the world Championships” kind of shows that they are looking in part to show off a little bit by recognizing a “world champion”. He was still the best in the world at his event this past season and his reputation might make him more marketable for the magazine that’s giving him the award.

It’s a fashion magazine, maybe they just find him prettier.

Rylov remains a mere aquatic talent in an era where most swimmers become, every year, more powerful and bulky.
Every award he gains is well deserved to remind that in swimming there are different “winning skills”.