Evgeny Rylov Takes Out European Record in 200 Back 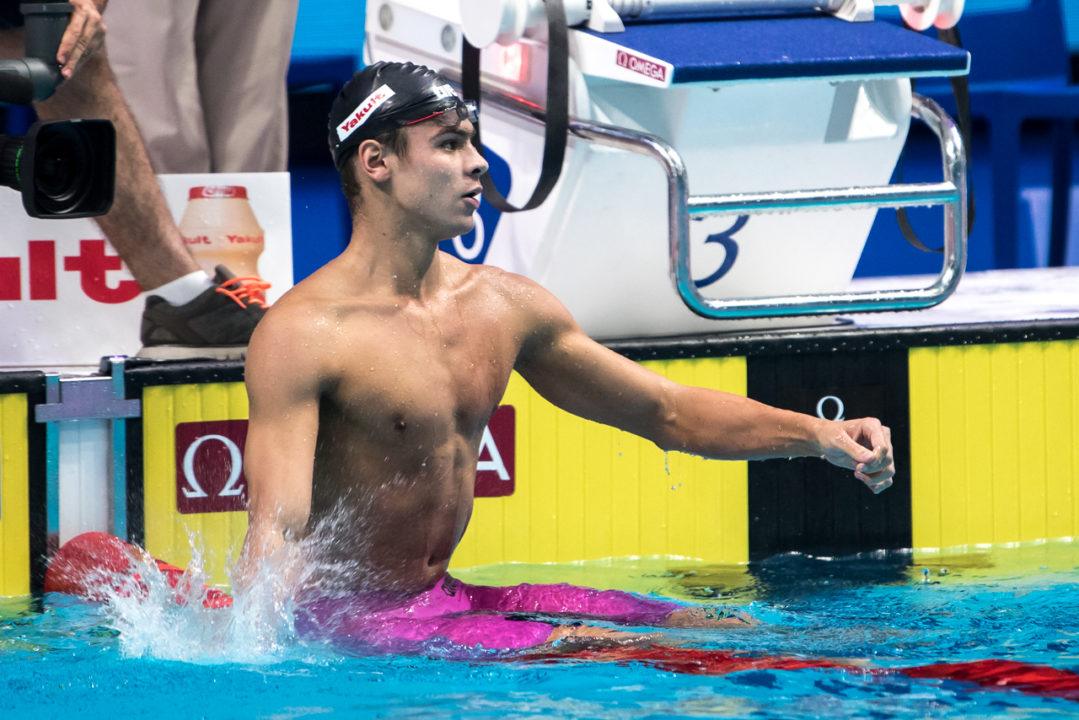 The record-breaking swim comes at the end of a season that saw Rylov battling a shoulder injury all year. Archive photo via Peter Sukenik/www.petersukenik.com

After pounding some huge early turns, Russian backstroker Evgeny Rylov dominated the final of the men’s 200 backstroke, winning in 1:53.36. The runner-up, Radoslaw Kawecki, was 2nd in 1:56.07 – more than two-and-a-half seconds slower.

In the process, Rylov broke his own Russian and European Records, set in 1:53.61 at last year’s World Championships, as well as Kawecki’s Championship Record in the event.

The split comparison shows just how big Rylov’s 1st turn was; after taking out the first 50 about half-a-second slower than his own European Record pace, but clawed that record line right back before one more huge final 50 blew by it.

Rylov missed a significant portion of the 2017-2018 season while rehabbing a shoulder injury.

Interesting to compare the splits between Rylov and Peirsol.

One thing the supersuit 200 meter records have in common is a really fast last 50.

Rylov’s backstroke is fantastic: a real swimming genius.
Nice that 200 back and free were won by Rylov and Scott: normal size and huge aquatic talent.
And 200 fly and breastroke by Milak and Chupkov, other great swimming talents.
It seems that 200 distances are still wide open for swimmers whom aren’t the most powerful out there..

Only my thoughts, but it’s crazy how both Milak and Rylov are about equidistant from their respective 200 world records, and yet I think Milak has a much better shot at the 200 fly world record than Rylov does for the 200 back. Something about Piersol’s swim (not including the supersuit) that makes the record seem just out of reach; he was so fast and so consistent and looked so easy. While I would love to see an American finally hit that mark, the backstrokes have never been deeper!

I wish kolesnikov had race the final