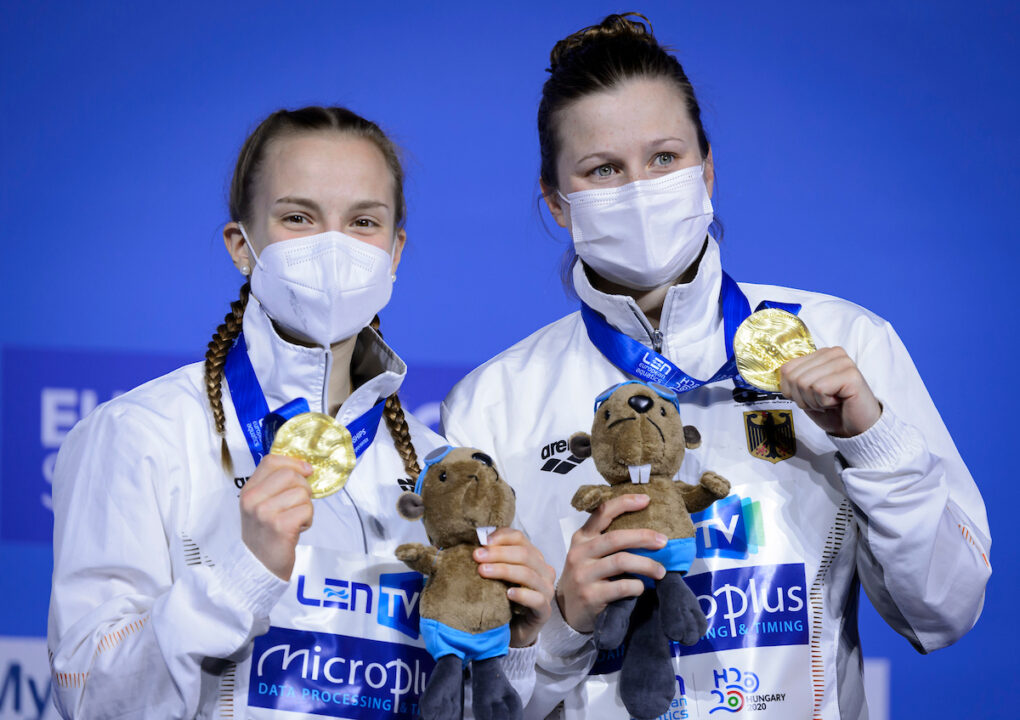 The final day of diving saw the German 10m women's synchro team win by the smallest margin ever as Russia topped the medal table. Current photo via Giorgio Perottino/Deepbluemedia/Insidefoto

The final day of the diving competition saw the women taking to the 3m springboards for synchro competition, while the men competed on the 10m platform.

On the 3m springboard, it was the German team of Lena Hentschel and Tina Punzel who came away with the win.

In what was the closest competition of the week, the German team narrowly edged out the Italian duo by just .09 after entering the final dive in second place. Italy led throughout most of the final, before Germany outscored them by just .0 to claim gold. The margin of victory now stands as the narrowest victory in European Championships history.

There was also a tight battle for second, as only .3 separated Russia and Great Britain. Like Germany, Russia was trailing entering the final dive, but outscored Great Britain by 5.4 to take the lead and claim the bronze medal.

Unlike the women’s competition, the men’s saw Aleksandr Bondar of Russia claim a demanding win, beating Great Britain’s Tom Daley by over 30 points to take the gold medal.

Despite earning scores of 10.0 on ten separate occasions, Tom Daley wasn’t able to overcome Bondar’s consistent diving as he won handily. Daley holds the arena record in the event, having scored 590 at the 2017 World Championships.

With the final day of diving completed, Russia will leave the European Championships with both the most gold medals and highest overall medal count.