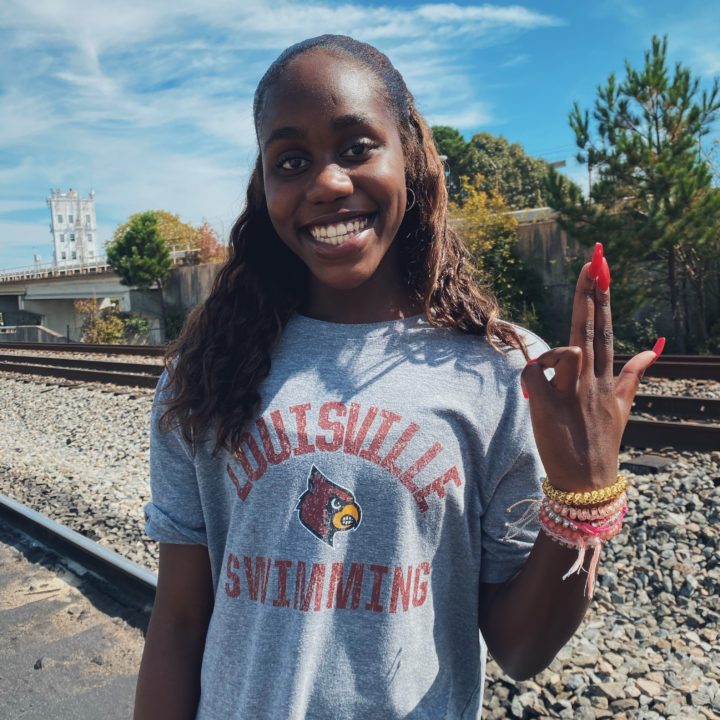 Rye Ulett (pictured above) graduated high school early and had an individual victory in the 100 backstroke in her debut as Louisville women defeat Indiana. Archive photo via Rye Ulett

The Indiana women hosted the Louisville women at home on Friday, January 14th. Both teams suited up for the meet.

Neither team has competed since the fall semester. Indiana had their scheduled meet on January 8th at Michigan due to COVID-19. The Louisville meet scheduled against Missouri on January 8th was also canceled. This was Indiana’s first meet without 2021 Big Ten Champion Emily Weiss as she announced her medical retirement this week on Instagram.

Are those nails legal? Any bigger and they will draw more water than web fingers.

Have you seen Sun Yang’s nails? What a casual…

warmups may certainly be interesting.

You couldn’t even finish the first sentence?

You’re not going to report the date of the meet? Or who hosted whom?