Freshmen Help Lead Stanford to Victories Over Harvard and Pacific 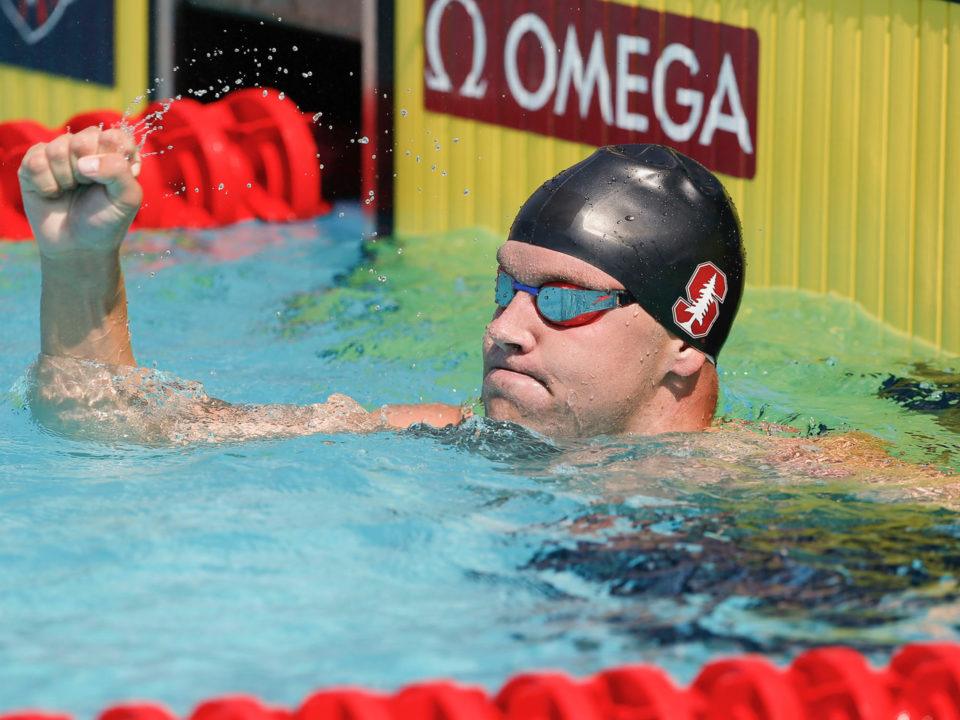 Senior Grant Shoults won both the 1000 and 500 freestyles as Stanford defeated Harvard 162-127 as well as the University of the Pacific 166-33. Archive photo via Jack Spitser/Spitser Photography

The Stanford men hosted Harvard and the University of the Pacific on Friday, January 16th. None of the teams suited up. Diving took place on Wednesday, January 14th only between Harvard and Stanford.

Diving was split between Harvard and Stanford as Stanford senior Conor Casey won the 1 meter (396.70) and Harvard freshman Adam Wesson won the 3 meter (375.53).

The University of the Pacific only sent 15 out of their 21 members of their roster. Pacific had their highest individual finish as sixth by sophomore Jonathan Tan in the 200 butterfly (1:57.96). They also had five seventh place finishes, including four among their sophomores.

Wow no comments, Stanford must have done well or something

I can’t believe that I’m the first person to ever say this to you: but if you expect the public at large to feel sympathy for those poor, sad, tragically-cursed Stanford students, you’re going to be looking for a long time.