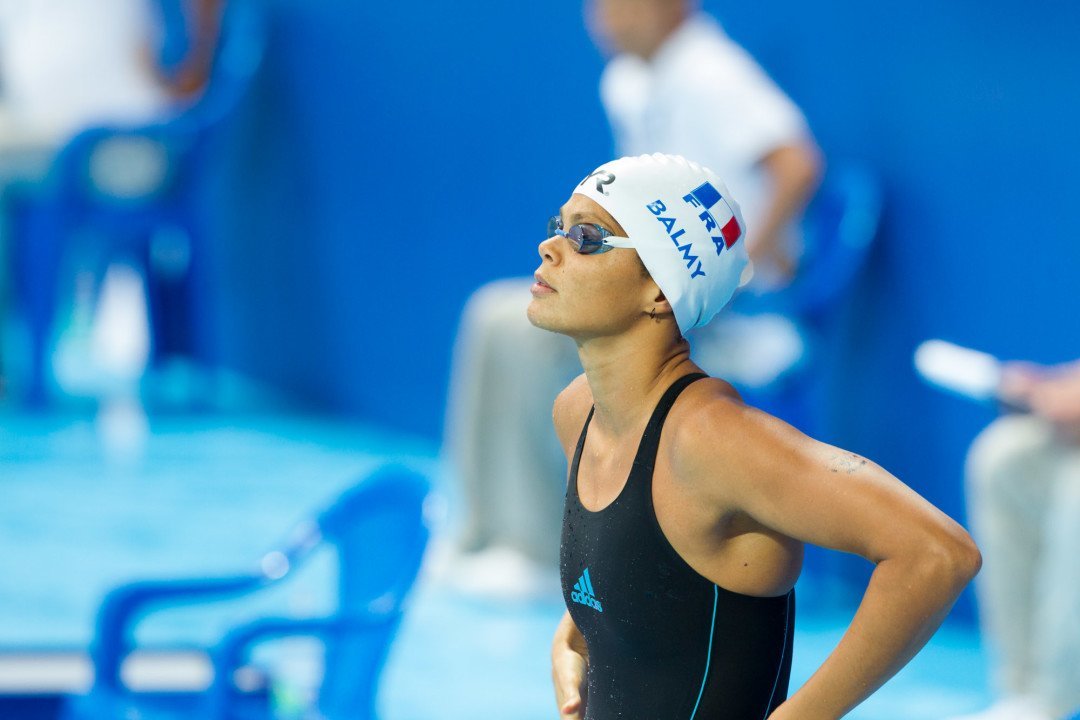 France's Coralie Balmy has been selected to swim the 200-400-800 freestyle events in Rio. Archive photo via Tim Binning/TheSwimPictures.com

The French Federation (FFN) held a press conference to announce the entire men’s and women’s teams who will wear the Blue, White, and Red of France at the 2016 Olympic Games in Rio de Janeiro.

After only two women and six men achieved the difficult French time standards to compete in individual events in Rio, the National Technical Director (DTN), Jacques Favre, and his committee spent two days deliberating the expansion of the list following the French Elite National Championships and Olympic Selection meet, which ended on Sunday, April 3.

Freddy B. is going to Riooooo!!!!!! Woohoooo

So in the end almost all of French ppl who can.swim are going.

It seems the FFN killed the enthusiasm. It may take years for the French National Team to recover from the horrendous trial cuts.

Wow. Great lineup, but not a single breaststroker!

Not the individual. He only made the final

It says the individual ?!