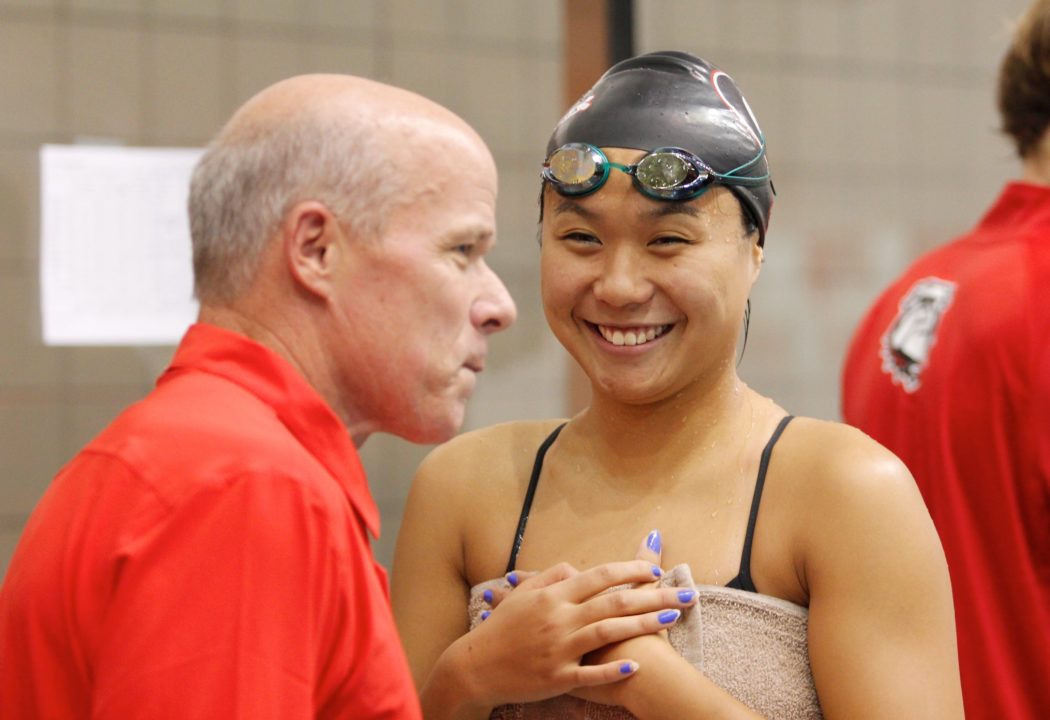 The Georgia women fell short at SECs, only placing third, but rebounded for a huge meet at NCAAs. They clinched... Archive photo via Shanda Crowe, [email protected]

The Georgia women fell short at SECs, only placing third, but rebounded for a huge meet at NCAAs. They clinched the national title with 414 points, finishing ahead of Stanford and Cal, respectively, along with Texas A&M, the team that won the SEC Champs. The conference awarded head coach Jack Bauerle with the SEC Women’s Coach of the Year honor.

Bauerle guided the Bulldogs to their 7th national title this year. He was also named National Women’s Coach of the Year, the 7th time he has received that award.

Florida’s Dale Schultz earned the SEC Women’s Diving Coach of the Year award. Under his coaching, Kahlia Warner swept the boards at the SEC Championships, winning both the 1-meter and 3-meter events. At the NCAA Championships, Warner would finish 3rd in the 3-meter springboard event and 6th in the 1-meter event to cap off an illustrious career.