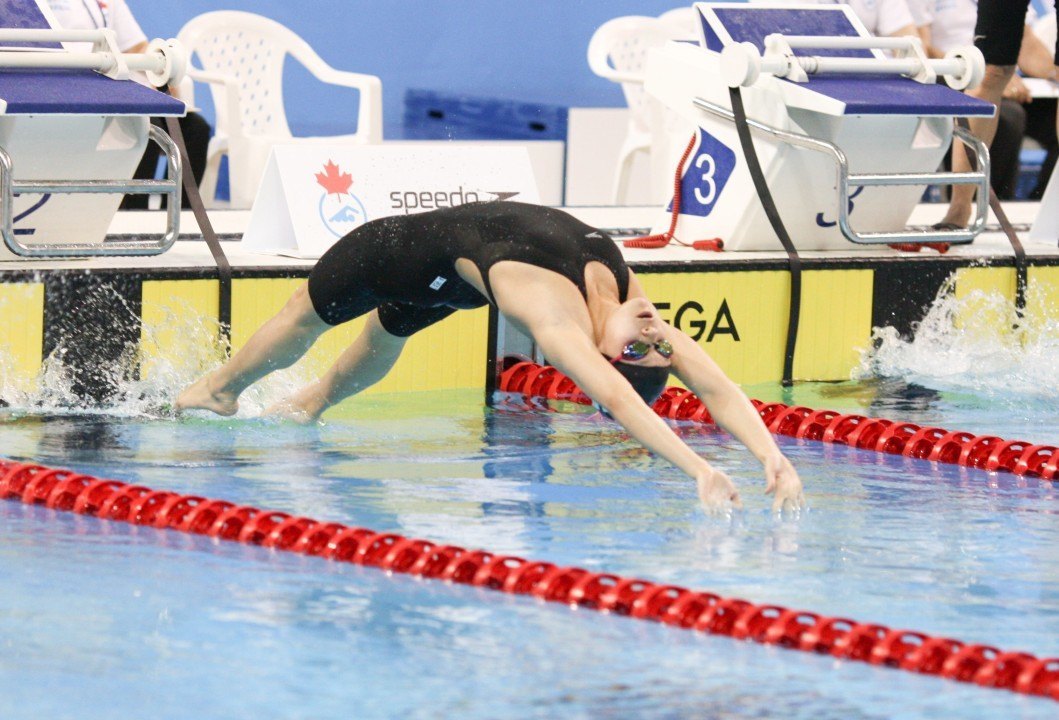 Four big things happened Tuesday morning at the 2016 Canadian Olympic Trials that stood out as we head into finals: Archive photo via Chris Tanouye, www.christanouye.com

Four big things happened Tuesday morning at the 2016 Canadian Olympic Trials that stood out as we head into finals:

Kylie Masse threw down a huge best time this morning in order to break the previous Canadian record in the women’s 100m backstroke. Masse was a 59.17 at the touch in order to beat Sinead Russell’s 2011 record of 59.68 from the 2011 World Championships.

This puts the UofT swimmer in a great position to make the Olympic team in the 100m backstroke in a field flooded with talent.

While this meet isn’t going to qualify Beisel for the Olympic Games, it serves as a stepping stone heading into Olympic Trials in Omaha.

Beisel was a 4:35.82 this morning in the 400m IM to put up the sixth fastest time of the year. It’s also the second fastest Beisel has ever been out of international competition or a US Nationals meet showing just where she’s at heading into Omaha.

Beisel will be swimming this event tonight in the consolation final.

Tammy Cunnington started things off this morning with a new national record in the women’s SB3 50m breaststroke.

Right after Cunnington’s performance, Jonathan Dieleman set a new national record in the 50m breaststroke with a time of 50.39.

Nicolaas Dekker dared to move into a territory that has been owned by Zack Chetrat since 2013, taking the top seed in the 200m fly with a 1:59.35.

He was just ahead of Coleman Allen who took the second seed in 1:59.39. Canadian record holder Zack Chetrat was the sixth best overall in 2:01.84.

Daniel Torres set the Mexican record in the 100 back