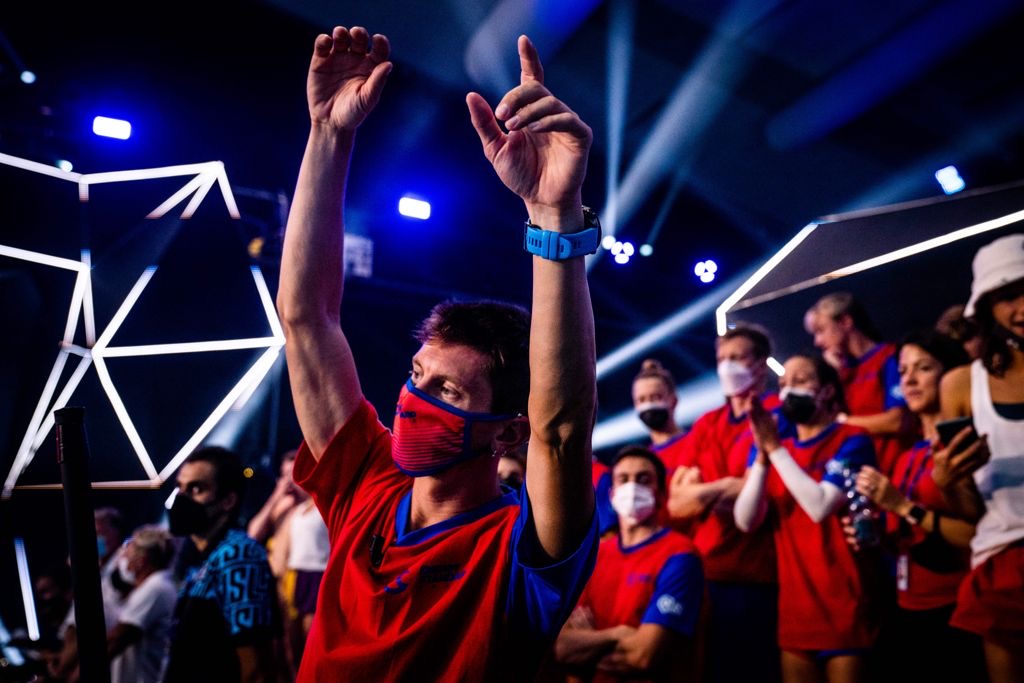 The Toronto Titans, Energy Standard, London Roar, the Cali Condors, and the LA Current are all automatically qualified for the 8-team play-offs in November. Current photo via Mine Kasapoglu

The Toronto Titans won 8 events in Match 9 but struggled to hold off the DC Trident, a team they beat handily in Match 1. Even so, the Toronto Titans, alongside Energy Standard, London Roar, the Cali Condors, and the LA Current are all automatically qualified for the 8-team play-offs in the Netherlands in November. The DC Trident, on the other hand, will now have to swim the “play-in” match next week to see if their season will continue after Naples.

There have been no repeat Match MVPs yet in season 3, though with two meets remaining Tokyo’s Daiya Seto could break the trend. Energy Standard’s Sarah Sjostrom almost repeated as MVP in Match 3 but was bested by teammate Siobhan Haughey by a single point. Match 2 was also close as Coleman Stewart scored only 2 points more than Caeleb Dressel who would go on to be the Match 4 MVP.

Dressel still holds the lead in terms of total MVP points for season 3 with 233 points accrued over just three matches, one of which he only swam the first day. Fellow Condor Beata Nelson sits in 2nd with 232 points, while Sjostrom is 3rd with 228.5 points and Haughey is 4th with 227 points. Seto is the only swimmer with a realistic shot at surpassing Dressel’s point total before the play-offs in Eindhoven, though Seto is likely to have two more matches in the regular season for a total of 5, doubling the amount of swimming Dressel has done this season.

Energy Standard has had the MVP in each of the four matches they have raced in this season, while the Cali Condors have gone 3-for-4 with match MVPs. Despite their high rank in the league this season, neither the London Roar nor the LA Current has produced a match MVP, though each team is missing a major star–Adam Peaty for the London Roar and Ryan Murphy for LA.

DC making it into the playoffs I feel it.

Do you know what happens if Iron gets first and Aqua second? Because they will tie for sixth…. Will it be 4×50 relay?

Relay is only for a match tie.

Tie breakers are, in order:

Just something that’s come to mind and an interesting fact: