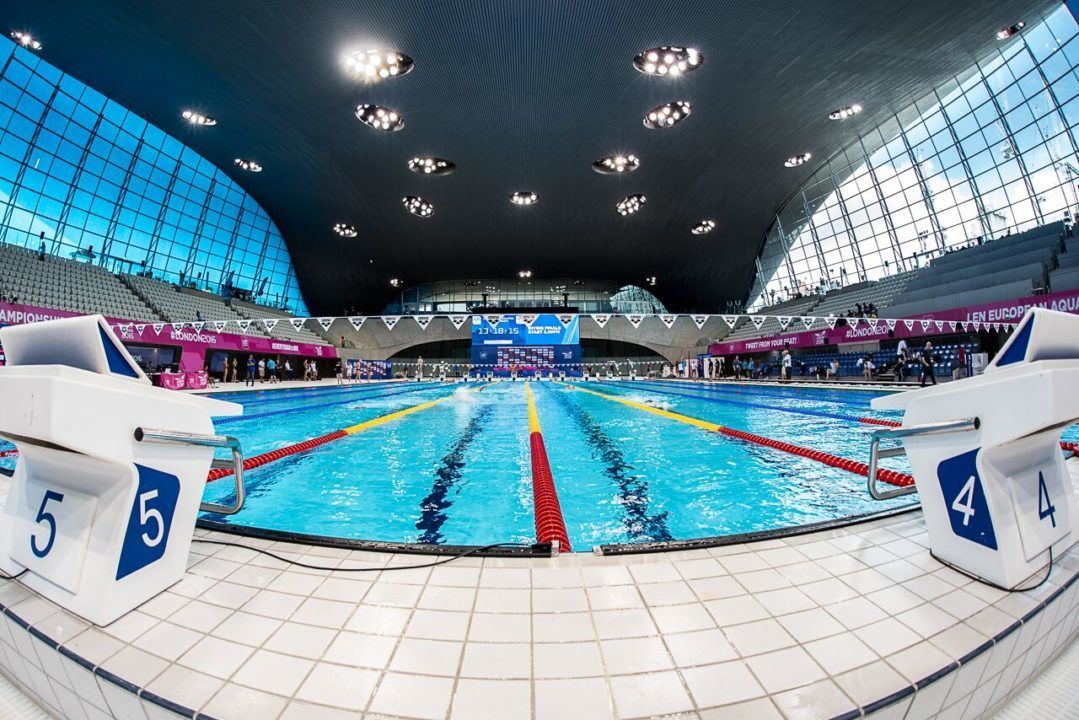 France closed 30 pools after their operator reported an annual electric bill of 100 million euros ($99 million) — up from 15 million the year before. Archive photo via Peter Sukenik

First it was damaged training facilities, then came FINA’s ban on athletes from Russia and ally Belarus. Now soaring energy prices are threatening pools across Europe.

With Russia limiting gas supplies in response to Western sanctions, the resulting energy crisis has forced several European countries to impose restrictions. France seems to have been hit the hardest, closing 30 pools after their operator reported an annual electric bill of 100 million euros ($99 million) — up from 15 million the year before. Vert Marine, which operates pools and ice rinks in France, said that expense alone is equal to the company’s entire annual revenue.

Vert Marine called upon “local authorities and the government to take necessary and unprecedented decisions to get back to bearable energy costs.” That might be easier said than done, however, as local governments are already dealing with energy bills that have doubled in some areas.

“These closures directly impact all children and adults who won’t be able to learn to swim,” the French Swimming Federation (FFN) said, demanding the pools’ “immediate” reopening. The physical education union SNEP also tried bringing attention to the issue by noting that there has already been “a generation of 800,000 school pupils who were unable to learn to swim in 2020 and 2021.”

“Balancing the books for private companies that manage some pools shouldn’t come before the public interest,” SNEP said, pointing out the “educational, health, leisure, and safety benefits” of swimming.

In England, 85% of public leisure companies are reportedly at risk of closing some or all of their facilities in the next six months following a 200% increase in their energy bills that only figures to rise more next year. The dire outlook prompted Swim England chief executive Jane Nickerson to ask new Prime Minister Liz Truss for government action on the issue earlier this month.

In Germany, the government is preventing private swimming and bathing pools from being heated in an energy-intensive manner. Switzerland is taking a similar approach, albeit less drastic, reducing pool temperatures by one degree Celsius.

Hungarian Swimming Federation president Sandor Wladar said about half of the country’s pools are at risk of closing due to energy costs, even more considering the damage that was done to the sport during the COVID-19 pandemic. Hungary is only sending two swimmers to the World Short Course Swimming Championships this year, in part to save money.

“I think Hungarian sport is facing the biggest challenge since the fall of the system because of the completely skyrocketing energy prices,” Wladar said. “We have to do a lot of work and lobbying to keep the swimming pools open. And we can see why this is vital: the Covid closures have left a third as many competitors in the shark class as in previous years — if a similar situation were to arise now, it would cause unforeseeable damage to Hungarian swimming in the long term.”

Danish swimming officials are sounding the alarm about bureaucratic obstacles to installing solar panels on swimming pools and public buildings in general.

“It cannot be right that we are now in a situation where swimming pools are threatened with closure because electricity is too expensive and there could be green and perhaps cheaper alternatives,” Johansen added.

The latest challenge has been dealing with multiple leaks in the Nord Stream gas pipelines, which run from Russia to Germany. On Thursday, NATO said the leaks appeared to be “the result of deliberate, reckless, and irresponsible acts of sabotage.” Vladimir Putin has claimed that Western governments sabotaged the pipelines.

“The Russians have the capability to carry out something like this – and they regularly threaten the internet fibers in the Atlantic to show that they could cut them if necessary. So it could be the Russians,” said Anthony King at the University of Warwick in England. “But I don’t see what they’d gain – they want to sell gas. It may indeed be an accident.”

As of last week, the UN had confirmed 5,996 Ukrainian civilians have been killed, including 382 children. The actual number is likely much higher. One-third of Ukrainians have been forced to flee their homes, leaving seven million people displaced internally within the country.

Notwithstanding the political aspects of an unprecedented act of unthinkable stupidity resulting in the phase-out of nuclear reactors across Europe and a dependency on Russian-supplied gas (Germany went all in and shut down all their 17 reactors!), the obvious solution is to drop the pool temperature from the current UK standard of 29 degrees Celsius (it’s like swimming in hot soup) to a perfectly reasonable 26-27 and/or raise the membership fees. I’d certainly be prepared to pay £180 to keep the pool open (which would be a 100% increase on my monthly fee). I’d even welcome the drop in temperature.

Next time, make sure to vote for the alternative that doesn’t give the dictators the opportunity to blackmail an entire… Read more »

‪America has the capability to supply vast amounts of liquid gas/natural gas but current anti fossil fuel policies from the current administration will not allow that to happen. Brace yourselfs for a very cold winter.‬

Joe Biden has not been in office long enough to substantially impact the current US supply of liquid/natural gas. In fact, US natural gas production was at its highest-ever rate in 2021.

The same story is true for petroleum and other liquid fossil fuels, as well as renewables.

In short, US energy production is higher, in every form, than it has ever been. Renewable energy has… Read more »

Hope the rise in costs will not affect pool temps in the USA. Would be the worst thing ever if swimming got shut down!

It is certainly a sad thing to see happening, but the combination of Putin’s War + unrealistic goals for carbon neutrality throughout the EU can pretty much be summed up as primary causes.