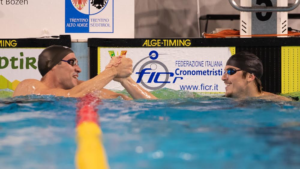 Disputes erupted between Russian countrymen on Thursday during the World Conference On Doping In Sport in Katowice, Poland.

German journalists with news outlet ARD are reporting that Russia is suspected of manipulating data from the Moscow Anti-Doping lab.

The World Anti-Doping Agency (WADA) will hold a committee meeting on January 14 to weigh a potential re-suspension and other sanctions after Russia failed to meet a December 31 deadline for turning over anti-doping information.

Exclusive: Paolo Barelli Explains His Vision for FINA and the Future

Paolo Barelli, candidate for FINA President, reached out to SwimSwam for an exclusive interview, explaining his vision for FINA and the future of aquatic sports.

A Russian documentary alleges “double standards” in the World Anti-Doping Agency (WADA) and claims countries like the United States “abuse the system to disqualify foreign competitors who have high chances of beating athletes from their own countries.”

Without addressing the WADA report that confirms state-sponsored doping in Russia, Vladimir Putin has called for a new Russian anti-doping commission.

Putin says he doesn’t believe Meldonium should be outlawed, and that further studies should have been done on how long it takes the substance to leave the body.

While the report does not directly refer to Swimming, Putin has similar ties to the top of the swimming establishment.