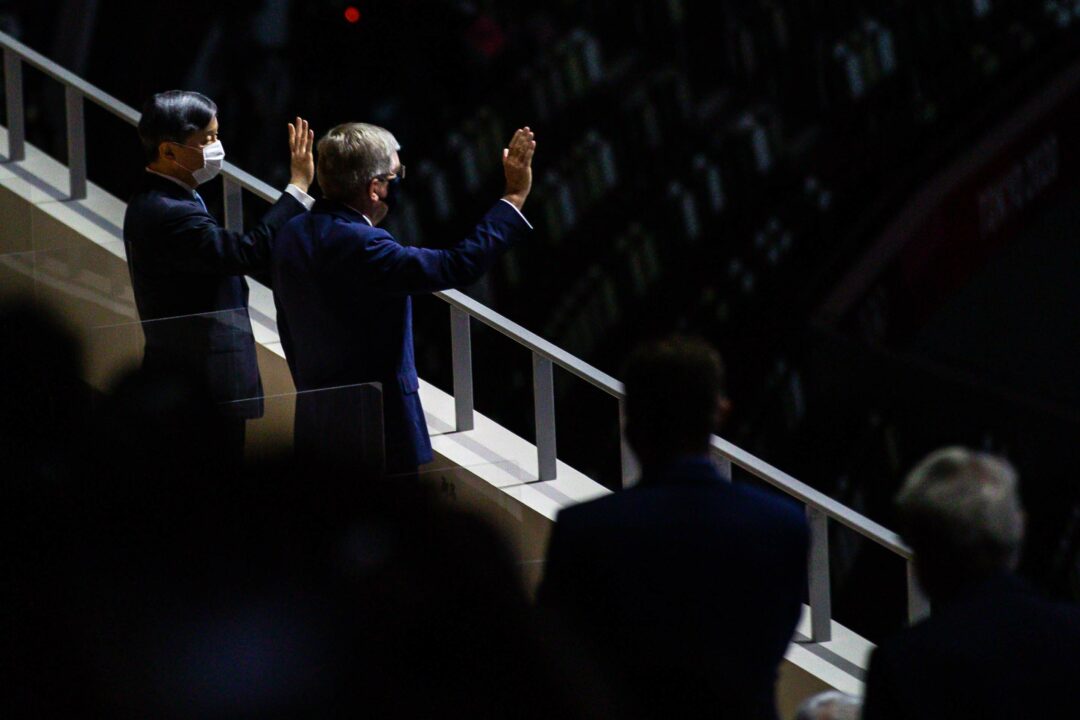 “The reasons for the sanctions as well as for the protective measures still exist: this is not the time to change any of our sanctions...” Thomas Bach said. Archive photo via Jack Spitser/Spitser Photography

SwimSwam will periodically update you on the biggest news around the Olympic and Paralympic world, outside of aquatic sports. Catch up on the International Olympic Committee’s latest stance on Russian sanctions, efforts to clean the Seine River ahead of open water competitions at Paris 2024, and an update on the Indian Olympic Association.

After indicating a few weeks ago that Russian athletes who do not support the war in Ukraine could return to competition, International Olympic Committee (IOC) president Thomas Bach appeared to have changed his tone following Vladimir Putin’s annexation of occupied regions.

“By recently annexing Ukrainian territory, the Russian government has even deepened its violation of the Olympic Charter,” Bach told the Association of National Olympic Committees (ANOC) General Assembly on Wednesday in Seoul, South Korea. “This annexation means that the Russian government is claiming authority over the people living in the annexed areas, including athletes. This is a clear violation of the jurisdiction of the National Olympic Committee of Ukraine, which is protected by the Olympic Charter.

“All this means for us: the sanctions against the Russian and Belarusian states and governments must and will remain firmly in place.”

Bach urged national Olympic committees to continue following IOC recommendations while also arguing against the principle of punishing athletes and officials for the actions of their governments.

“This war has not been started by the Russian people, the Russian athletes, the Russian Olympic Committee or the IOC Members in Russia,” he added. “Sanctions can and must only be imposed on those who are responsible for something. Imagine where the precedence of such a breach of the rule of law would lead to. Every individual, every athlete, every sports official, every sports organization would have to be punished for any illegitimate political action of their governments.”

Russian and Belarusian sports officials were permitted to join the group in Seoul despite a letter from 11 national Olympic committees protesting their attendance. While they wait for international restrictions to be lifted, Russians seem to be exporting their influence via coaching in the meantime.

“With colleagues from the NOCs of South Africa, Mali and Peru, we are preparing to sign memorandums of cooperation. In particular, more and more NOCs are interested in our capabilities in education and training of coaches,” said Russian Olympic Committee head Stanislav Pozdnyakov. “Representatives of our NOCs will discuss the details of the agreements, but I suggest not to waste time on formalities and move on to the practical implementation of what we agreed on during the working meetings as soon as possible.”

“It can be firmly said that the Russian Olympic Committee is expanding the circle of partners and friends. And just today we held meetings with the NOCs of several countries, including the Republic of Korea, South Africa, Mali, Mauritania, Namibia and Peru.”

France’s efforts to clean the Seine River are intensifying ahead of the Paris 2024 Olympics, which will feature open water and triathlon events starting at the Pont d’Iéna in the Paris Centre Zone.

The Seine hosted swimming competitions at the 1900 Olympics, the second recognized modern Games. But swimming has been banned in the Seine since 1923 due to polluted waters. Back in 2018, Paris mayor Anne Hidalgo pledged around 1 billion euros toward the purification of the Seine, and those plans are beginning to come to fruition.

Paris 2024 organizers recently got another boost when Val-de-Marne, a “department” in France akin to a county in the U.S., committed 80 million euros to help clean the Seine. The Val-de-Marne depollution program aims to limit the discharge of waste water into the river.

The Mayor’s Office said that 23 swimming spots along the Seine should be ready for public use by 2025.

The Indian Olympic Association (IOA) will hold a special meeting to amend its constitution on November 10 ahead of elections in December.

Last month, the IOC issued a final warning to the IOA and later met with officials in Switzerland, proposing changes to its constitution that included an appointed CEO instead of an elected secretary general.

There’s incentive to help the IOA work its problems out as the IOC’s annual session is scheduled next year in Mumbai, though it has already been postponed due to delayed elections. The IOA’s elections were due last December, but it was held up by a pending case in the Delhi High Court that sought to amend its constitution in line with the national sports code.

The IOC has given the IOA until December 15 to complete its reform process.