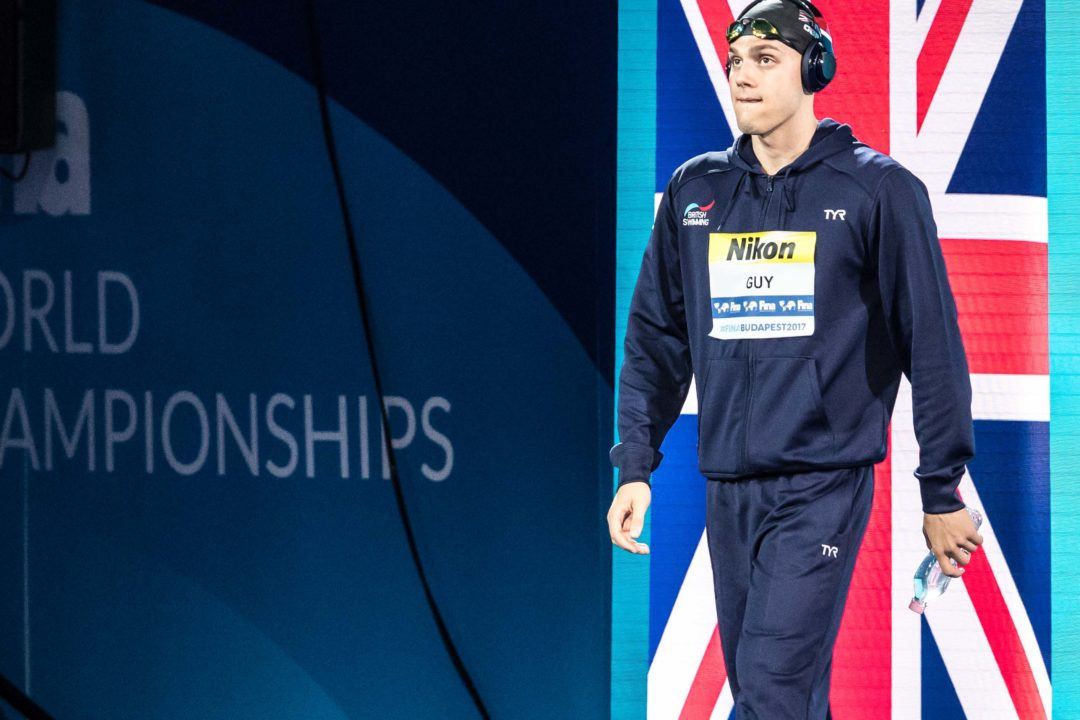 With the key athletes bound for the Commonwealth Games still under heavy training, this year’s British National Championships, which is incorporated into the Edinburgh International Swim Meet, hasn’t been as quick as last year. James Guy, Siobhan-Marie O’Connor, James Wilby  and others are using the meet as a tune-up before the big show on the Gold Coast.

Post-race, Lelliott stated, “It’s nice to hear British Champion, I’ve never been that before! I just wish I could have gone quicker.”

Guy was able to upgrade to gold in the 50m butterfly, churning out a winning time of 24.24 for his 3rd piece of hardware so far. On the night, the 2015 world champion said,  “There was a lot of hard racing there – I’m happy with how it’s gone.”

Another Bath swimmer took on a double tonight, as 23-year-old Olympic silver medalist O’Connor raced the women’s 200m IM and 100m breaststroke both within about a half an hour of one another. In her specialty event, O’Connor notched a solid swim of 2:12.26, while she fell shy of the podium in 4th in the 100m breaststroke with a mark of 1:08.31.

The winner of the breaststroke race was visiting Spaniard Jessica Vall, who nabbed gold in 1:07.21, with Cardiff’s Chloe Tutton next in line in 1:08.02. Irish 18-year-old Mona McSharry also landed on the podium with a mark of 1:08.16 for bronze.

“I’m really pleased with the swims I have done here and delighted to have won with some amazing girls,” veteran O’Connor said post-race.

“It’s been a really good week but now I’m looking forward to going and making my final preparations for the Commonwealth Games.”

All quotes courtesy of British Swimming.

SMOC looked a lot better today; while 1.08/2.12 may not be the 1.06/2.09 at a similar point in her build-up to Rio, tonight will give her some confidence back – Taper and a bit more racing this week to get rid of her rustiness should suffice to see her under 2.10 again at Commonwealths. Given the horrific luck she has had in the last 18 months, that would be a brilliant achievement.

James Wilby looks in superb shape; A real big medal shot in the 100 in April. 200 will require a big PB, but he is absolutely flying this year so who knows.

Wilby AWESOME!!! He is my bet for the 200 gold and good coaching by Marshall again!!