James Guy Warms Up With 200 Fly Win In Edinburgh 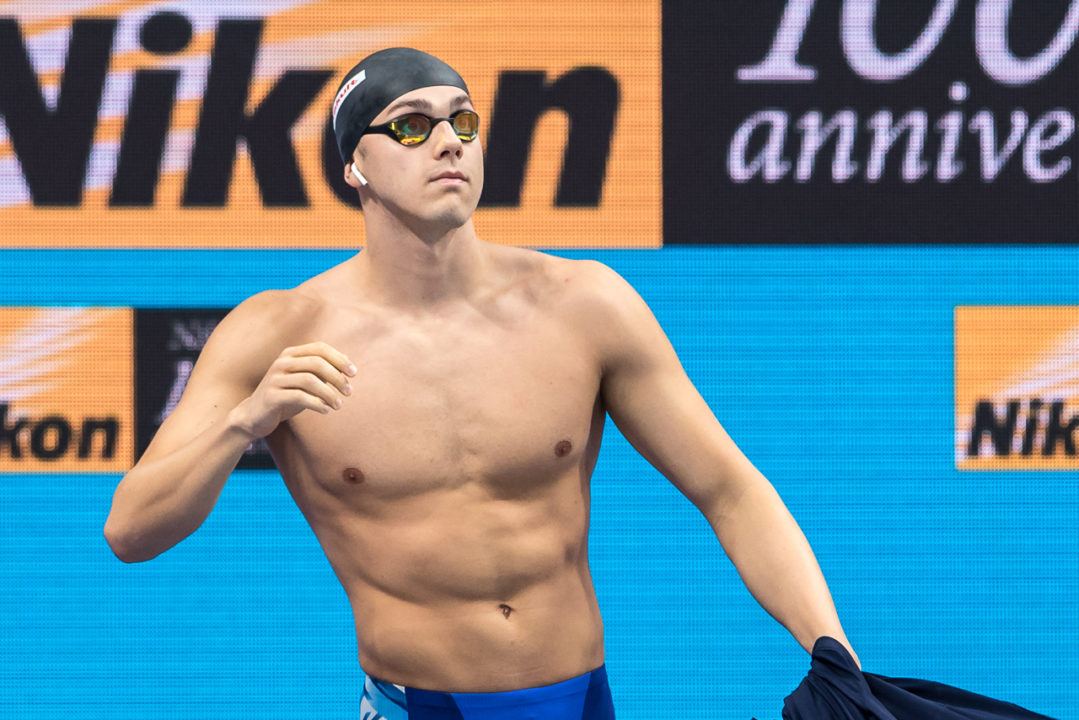 Convening on the Royal Commonwealth Pool from Thursday, March 1st through Sunday, March 4th, both amateur and pro athletes will fine-tune and make their last preparations at the Edinburgh International Meet before heading out to the Gold Coast, Australia for April’s Commonwealth Games. For the younger competitors in Edinburgh, this competition serves as selection for this summer’s European Junior Championships in Helsinki.

Daniel Jervis kicked things off with a win in the men’s 1500m freestyle for the 2nd year in a row. Last year his winning time checked in as his career-fastest, sliding under the 15-minute mark in 14:51.48. This year Jervis was off just a tad, clocking 15:01.87, but still crushing the field by about 14 seconds. The next-closest competitor was Spain’s Miguel Duran, who touched for silver in a mark of 15:15.48.

Jervis improved upon his season-best entering this meet, which was represented by the 15:06.07 clocked at last December’s Swim Wales Winter Championships. As such, he bumps himself up from 4th to 2nd in the worldwide rankings this season.

The women’s 100m butterfly final proved to be a quick one, with all but one of the racers coming in under the minute barrier. Cardiff’s Harriet Jones led the pack, punching the wall in a winning effort of 58.85.

Although she held the top seed from this morning with her solid swim of 58.95, Swansea’s Alys Thomas had to settle for silver tonight, finishing just .06 behind Jones in 58.91.

Bronze medalist Tain Bruce of Edinburgh fired off her fastest time ever, lowering her own Scottish national record in the process. She had just produced a NR of 58.93 last month at the BUCS Long Course Championships, but was able to slice another .01 off of the time to come in at 58.92.

Hometown swimmer and Commonwealth Games-bound Kathryn Greenslade got the job done in the women’s 200m freestyle, earning a gold medal time of 1:58.53. The 20-year-old opened with a quick 58.08, the only sub-59 second 50 of the field, to clinch the victory over visiting Spaniard Mireia Belmonte.

Belmonte notched 1:59.69 to represent the only other sub-2-minute swimmer of the race, with Stockport Metro’s Holly Hibbott nabbing bronze in 2:00.27.

Just one man in the form of Southport’s Lewis Burras managed to crack the 50-second barrier in the men’s 100m freestyle tonight. He took the title in 49.89, while David Cumberlidge finished just behind in 50.01 with Olympic silver medalist Duncan Scott rounding out the top 3 in a certainly unrested 50.07.

The men’s 200m butterfly was also low-key race, with James Guy topping the field in a time of 1:58.05. That’s a solid swim from the 23-year-old Bath swimmer who’s still in the midst of training, gearing up for the Gold Coast. He won the men’s 2fly at the British Championships last year in 1:55.91.

Guy was pursued by 2 Germans, as Ramon Klenz and Alexander Kunert finished in the top 3 as well. Klenz caught silver in 1:59.12, while Kunert clocked 1:59.75.

Finally in the women’s 400m IM, Belmonte got the upper hand on Scottish Olympian Hannah Miley, although the pair went back and forth throughout the race. Belmonte was able to get her hand on the wall first in 4:38.68 to Miley’s 4:38.91, while Aimee Willmott snatched bronze in 4:41.00.

The men’s and women’s 50m backstroke skins results were not available at the time of publishing.

Times of the ‘big names’ very slow across the board really; A sign of where they are in their preparations. Nice to have a young Brit under 50s though, Burras has a lot of scope to improve. My one and only real concern is Siobhan Marie O’Connor – She hasn’t had much luck with illness since Rio; That was her first day of racing of 2018, due to illness at the back-end of 2017, and it all looked very hard. The 59s 100fl was okay, but 2.02 in the 200fr was a tad worrying. Here’s hoping it all comes together in April. Freya Anderson in a very similar position; First races of 2018 (I think) today after niggling injuries at… Read more »