British Stars Get Final Tune-ups In Edinburgh This Week 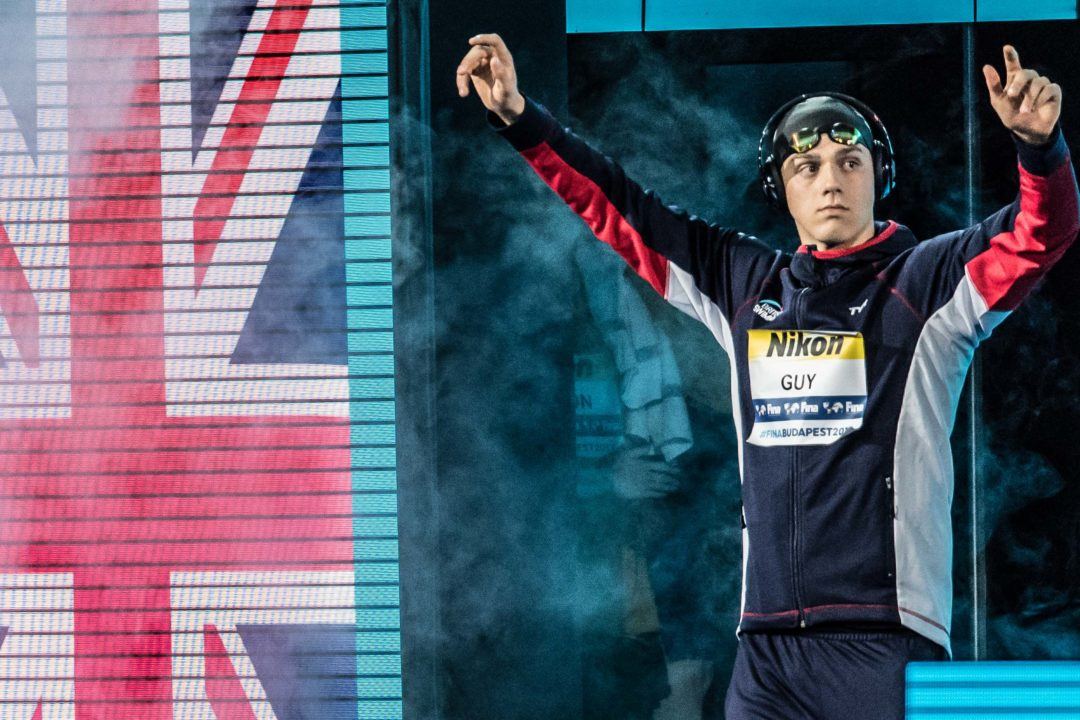 James Guy is ready to get some final racing in at this week's British Championships, including fine-tuning his 200 fly before facing South African foe Chad Le Clos at the Commonwealth Games. Archive photo via Mike Lewis/Ola Vista Photography

Spectators at the 2018 Edinburgh International Swim Meet, which is also incorporating this year’s British National Championships, will have the opportunity to see stars Adam Peaty, James Guy, Ross Murdoch, Siobhan Marie O’Connor and others get in their final racing before the 2018 Commonwealth Games.

Olympic champion Mireia Belmonte and a German contingency are also slated to be among the mix of almost 500 competitors set to race in Edinburgh.

Set at the Royal Commonwealth Pool from Thursday, March 1st through Sunday, March 4th, athletes will fine-tune and make their last preparations before heading out to the Gold Coast, Australia for April’s Games. For the younger competitors in Edinburgh, the meet will serve as selection for this summer’s European Junior Championships in Helsinki.

All swimming events at the combined meet are set to follow the standard format of prelims and finals, containing both open events and youth, with the latter holding women aged 14-17 and men aged 15-18. Adding to the excitement, 50m events in all strokes will hold skins finals for the open segment, with the first round having 8 swimmers, which then are reduced to 6, then 4, then 3, then 2, alternating between male and female per evening.

I mean, there is a third spot open after Willis & Wilby. But; I just don’t see it personally.