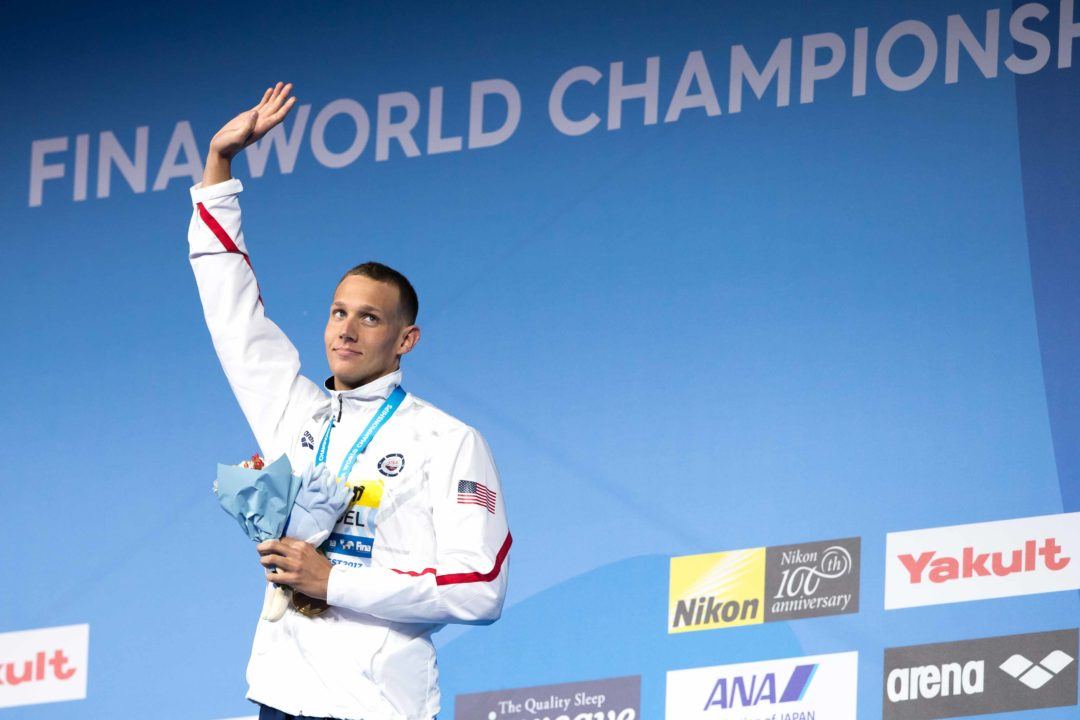 22-year-old Caeleb Dressel lowered the American Record once again in the semi-finals of the men’s 50 freestyle, touching in a time of 20.51 to improve on his 20.62 from the preliminaries.

On day 1 of the meet, Dressel was actually faster in 20.43, but since that was done on the lead-off of a mixed relay, it doesn’t officially count as a record.

Prior to Dressel’s swims, the record stood at 20.85 from Anthony Ervin in 2012, while Nathan Adrian was the fastest American ever in 20.71 from the 2009 Duel in the Pool when USA Swimming had stopped recognizing American Records.

*not including Dressel’s mixed relay lead-off

Dressel leads the field into the final by two-tenths of a second, with Ben Proud of Great Britain sitting 2nd in 20.71, and Vladimir Morozov (20.83) and Cameron McEvoy (20.97) also cracked 21. Michael Andrew, the other American entrant, missed the final in 10th (21.18), and there will be a swim-off for 8th between Pawel Juraszek of Poland and defending champion Jesse Puts of the Netherlands after they both went 21.12. In 2016, Puts won the gold medal in 21.10.

Dressel will have a few more chances at that 20.26 world record held by Florent Manaudou in the individual final along with the men’s 4×50 free relay.