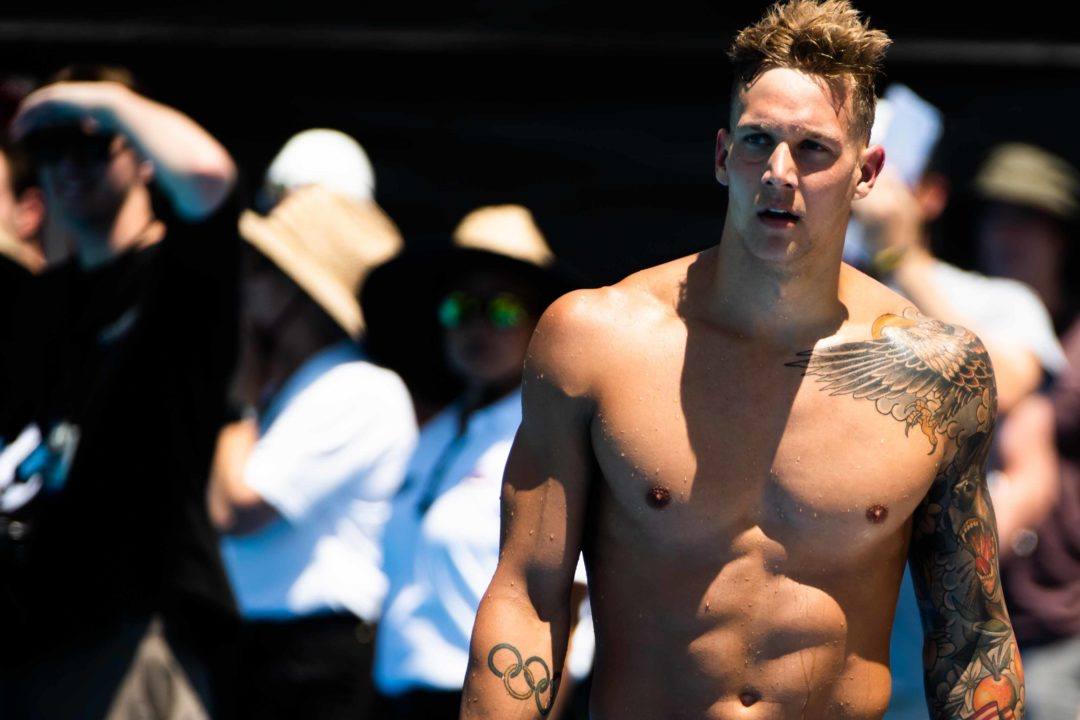 In a come from behind effort, the American team of Olivia Smoliga, Michael Andrew, Kelsi Dahlia and Caeleb Dressel broke the world record in the mixed 4×50 medley relay in a time of 1:36.40, improving on the 1:37.17 mark set by the Americans at the 2013 Duel in the Pool.

Smoliga led them off in 25.85, under her American Record breaking swim of 25.97 from the women’s medley relay (though it won’t officially count), and then Andrew (25.75) and Dahlia (24.71) both had fast splits on breast and fly. However, they still sat 7th going into the freestyle as all of the other teams except Finland had used up their two men on the opening three legs.

That left Dressel with just under three seconds to make up, and he did it easily with one of the fastest relay splits in history in 20.09. The only splits ever sub-20 were done in the same relay, where Fred Bousquet (19.87) and Amaury Leveaux (19.93) did so for France at the 2008 European Championships. Both of those were done in tech suits, and Dressel looks to have secured the 3rd fastest split ever in a textile behind Florent Manaudou (20.04) and Cesar Cielo (20.08), who both did those splits at the 2014 World Championships in Doha. That was the same meet where Manaudou set the individual world record of 20.26.

The previous World record, held by Eugene Godsoe, Kevin Cordes, Claire Donahue and Simone Manuel, was notably done at the end of the Duel in the Pool as a swim-off for the title after the U.S. and Europe were tied in points at the end of the meet.

Check out a comparison of the two teams below:

This is the 2nd consecutive World title for the U.S. in this event, after they won in similar fashion two years ago in Windsor. There, Michael Chadwick split 20.44 on the anchor leg as they came from behind and broke the Championship Record in a time of 1:37.22.

Finishing 2nd tonight, the Netherlands were also under the old world record in 1:37.05, with the fastest female legs in the field on fly and free from Ranomi Kromowidjojo (24.27) and Femke Heemskerk (22.90).

thanks Alex , as always u are the savior

Identity theft is not a joke, Jim

What a thrilling race! I love the mixed relays!