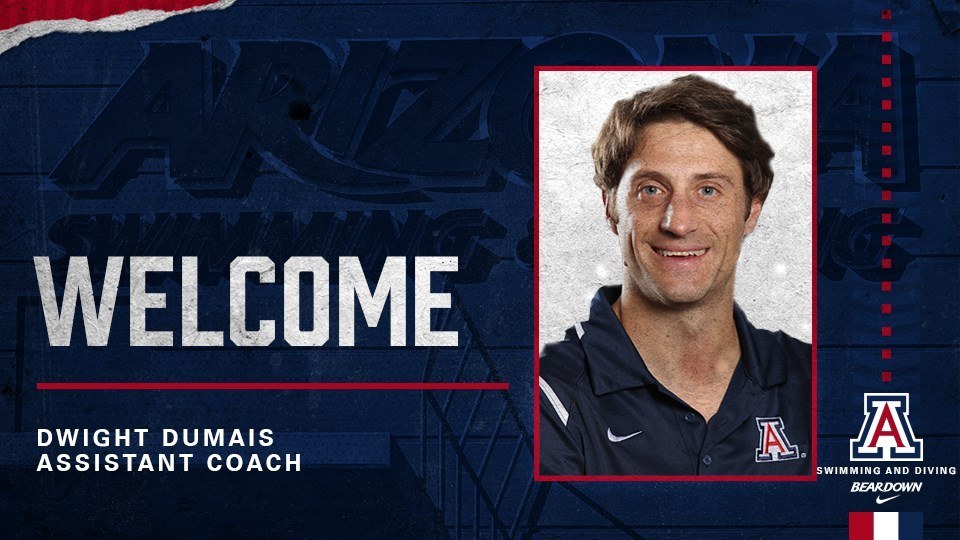 Elevation Athletics’ Indigo Armon, who recently notched PBs in the 50/100 free, has verbally committed to swim for the Sun Devils in 2022-23.

Ryan Hoffer claimed his second straight Pac-12 Swimmer of the Year Award as Cal swept the end of the year swimming awards for the conference.

With year-over-year drops of nearly 7 and 9 seconds in the 200 and 400 IM, Evan Nail announced his verbal commitment to the in-state Sun Devils for 2022.

This past weekend, Dobrzanski won Michigan HS Division III titles in the 200 IM and 100 breast, hitting best times in both.

The ISCA Senior Cup wraps up today. Both Farida Osman and Caeleb Dressel are seeking their fourth event wins of the meet.

Hoffer Disappointed with Front-end Speed, Surprised with Back-Half in 50 Free

Ryan Hoffer was out like a rocket, flipping to a 8.90 at the feet and couldn’t be stopped, defending his NCAA title with a pool record of 18.33

In the prelims of the 100 fly, Cal’s Ryan Hoffer became 5th fastest performer in history, while top seed Youssef Ramadan of Virginia Tech was disqualified.

New details regarding the NCAA violations alleged against the University of Arizona swimming & diving program were made public on Friday after ESPN won a lawsuit forcing the release of documents. The documents were first published by the Arizona Daily Star.

Head coach Augie Busch told SwimSwam last year that he was not accused of a Level I violation, which by deduction of the definition of a ‘major infraction’ meant he was accused of a Level II violation, which was confirmed by new reports. Busch was charged by the NCAA for failing to promote an atmosphere of compliance related to a separate charge levied against the program’s diving coach, Dwight Dumais.

Dumais was charged with running hundreds of impermissible tryouts between October 2018 and September 2019, and Busch ‘did not rebut the presumption of responsibility.’

Assistant swimming and diving coach Dwight Dumais allegedly “facilitated contact between a representative of the institution’s athletics interest (booster) and of women’s diving prospective athletes and facilitated contact between local diving club families…which resulted in the provision of approximately $1,207 in preferential treatment benefits; and engaged in over 240 impermissible tryouts” from October 2018 through September 2019 (NCAA.)

These “impermissible tryouts” are the amount of times prospective athletes who were not legal residents living within an undisclosed distance of the sports club and “did not meet any of the exceptions to the legislation” trained with Dumais as part of his diving club.

The NCAA detailed that since Busch was aware that a prospective athlete was involved in the local diving club run by Dumais he was obligated to notify the compliance of “the prospect’s presence, seek guidance from compliance regarding Dumais’ training of [prospective athlete] and ensure that Dumais completed the institution’s documentation regarding his involvement in a local sports club.

The NCAA first charged Arizona with nine violations in October 2020, five of which were Level I allegations. The details of Busch’s allegations at the time were only vaguely explained as “lack of head coach control. In December, Arizona’s request to put their case through the Independent Accountability Resolution Process (IARP) was granted.

Notably, the program was on probation until January 2021 due to violations committed by former diving head coach Omar Ojeda. As a result of the fallout, the program was stripped of a scholarship for the 2019-2020 seasonCK. This also caused the athletics program to drop the women’s diving scholarship. These recent violations follow a history of similar NCAA violations within the University of Arizona athletics department. Multiple violations for lack of control and compliance could result in escalated sanctions for the swimming & diving program.

Arizona hired Dumais in 2018 after rescinding their employment offer to John Appleman following his suspension by USA Diving due to SafeSport allegations (which has now been lifted.) Dumais had a successful collegiate diving career at Stanford where he was a 5-time All-American and two-time PAC-12 Conference Champion on 1-meter.

Dumais earned a spot on the USA Diving National Team for 6 years (2009, 2011-2015). During that time he won the 2012 U.S. National Championship in the 3-meter synchro event and qualified for Olympic Trials in 2012 and 2016. After retiring, Dumais coached at the Longhorn Aquatic Club, based out of the University of Texas, for 8 years. His older brothers Justin and Troy are both U.S. Olympic divers.

In addition to the swimming and diving team, men’s basketball coach Sean Miller faces the same NCAA charge as Busch for failure to “demonstrate that he promoted an atmosphere for compliance and monitored his staff within the men’s basketball program.”

This resulted in a total of five allegations, three level I’s, one level II, and one level III violation. Two of Miller’s three assistant coaches committed intentional violations involving fraudulent academic transcripts, receipt of cash bribes, facilitating a meeting with an aspiring agent, impermissible inducements and recruiting violations all within an 18-month period,” the NCAA wrote. Due to the severity and amount of the violations Miller is responsible for, his violation is marked as a level I.

Violation 9 places the responsibility on the institution as a whole for the violations from both programs.

“The institution failed to heighten its monitoring and/or take reasonable steps to prevent non-compliant conduct despite red flags in both men’s basketball and swimming and diving programs. Multiple member’s of the institution’s athletics administration and men’s basketball coaching staff knew that the men’s basketball prospective athlete in Allegation No. 1 had significant academic issues…Additionally, Dwight Dumais (Dumais)…had no previous NCAA coaching experience and noticed compliance on two separate occasions of his plan to associate with a local sports club that included prospective athletes…Further, the institution failed to take reasonable steps to prevent the same noncompliant conduct as its most recent infractions case…when it failed to proactively follow up with Dumais to obtain compliance paperwork regarding his affiliation with a local diving club.” (NCAA.)

I read this whole article and am still not clear on what happened. I need the dumbed down version.

The diving coach completed 240 illegal tryouts in a year? That seems like a lot.

No inside info, but I read that he is also the club diving coach. I wonder if the 240 illegal tryouts were actual club practices and/or private lessons.

I also would like a dumbed-down version of this. Definitely couldn’t understand that word salad.

The nicest name I can give this situation without being put in timeout by Braden is “clown show.”

Blessed be our benevolent overlord Braden