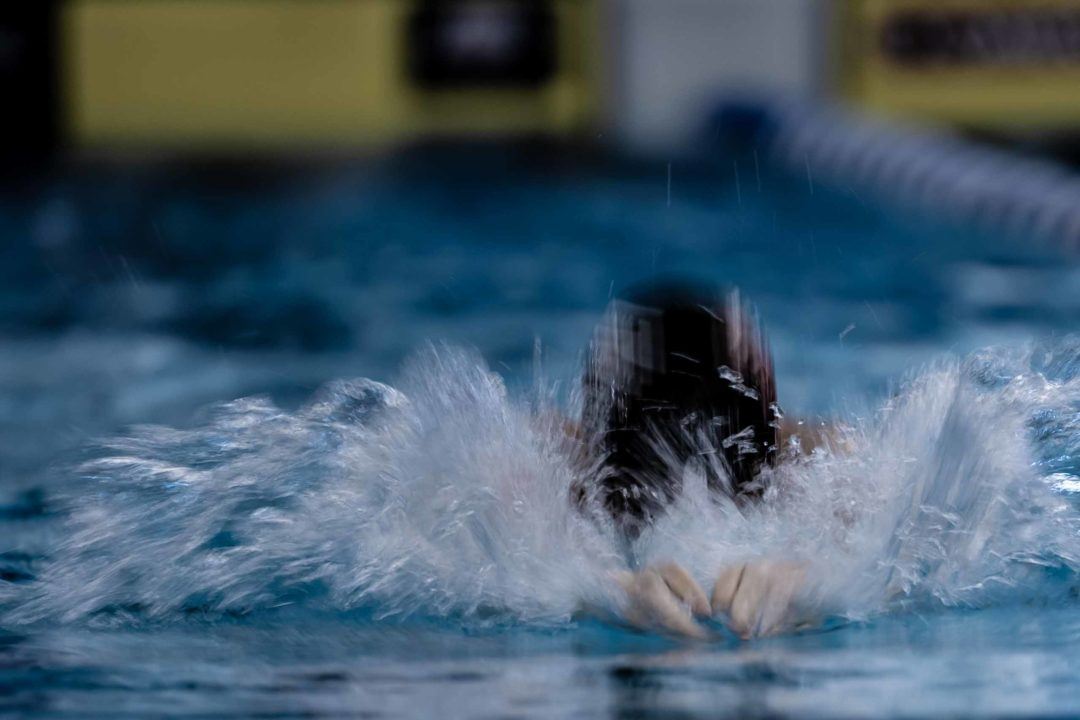 Danish Open 2019: In tonight's final, Bjerg found a way to slice another .04 off of his newly-minted 50m breast Danish record to ultimately take gold in 27.28. Stock photo via Mike Lewis/Ola Vista Photography

In tonight’s final, Bjerg found a way to slice another .04 off of that newly-minted record to ultimately take gold in 27.28. That once again clears the 27.39 time needed to qualify for Gwangju, giving Bjerg both the 100m and 50m on his repertoire.

The man who notched a new Danish National Record in the 1500m freestyle earlier in this meet, Alexander Aslak Norgaard, took home the 400m free gold tonight in 3:53.17. The 19-year-old’s time checks-in as the 2nd fastest of his young career, just missing his PB of 3:52.78 thrown down last month in Spain.

Unfortunately, the teenager need a time of 3:48.15 to make the World Championships squad in the event, although he’ll still have a chance at the Stockholm Open kicking off in just 3 days.

Katrine Bukh Villesen led a 3-woman race in the 400m free, clocking 4:13.90 for the win ahead of Helena Rosendahl Bach, who already won the 800m and 1500m freestyle events here at the Taastrup Swimming Center. Bach took silver in 4:14.75, while Marina Helter Hansen rounded out the top 3 just a second later in 4:15.75. None of the women were able to clear the 4:10.57 QT needed for Gwangju, however.